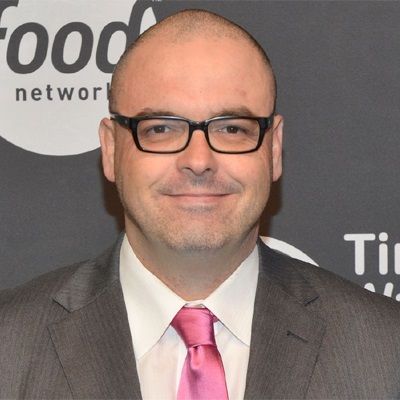 He has a good bond with his co-hosts. He deleted his Twitter account over comments made by Corey Graves between NXT Takeover: WarGames 3 and Survivor Series 2019.

Who is Mauro Ranallo?

Mauro Ranallo is a Canadian sports announcer, commentator, and mental health advocate. Mauro is famous as a commentator for Pride FC and Showtime for Elite XC.

Mauro Domenico Ranallo was born on 21st December 1969 in Abbotsford, British Columbia, Canada. He is the elder son of Elio Ranallo and Duilia Ranallo of Italian ancestry.

His parents migrated to Canada from Italy. Mauro grew up along with his younger brothers. From the age of five, he has been interested in professional wrestling.

He graduated from the WJ Mouat Secondary School in Abbotsford.

He revealed that he sometimes has suicidal thoughts however, he has not attempted.

Mauro began his career as an announcer and manager at the age of 16 after being offered a job with All-Star Wrestling. The program ended in 1989 and he became a disc jockey for Abbotsford, British Columbia.

From the year 1999 to 2000, Ranallo served as the commentator for the Stampede Wrestling TV show in Calgary. In the year 2003, he became among MMA fans as the voice of Pride Fighting Championships PPV broadcasts in North America till October 2006.

On 15th December 2015, he signed a contract with professional wrestling company WWE and made his WWE debut as the lead/play-by-play commentator for the SmackDown broadcast team.

Similarly, he continued to commentate on the cruiserweights on their weekly WWE 205 Live show. On 22nd June 2017, he announced that he would join NXT as their lead commentator.

On 9th March 2016 in a press release, AXS TV announced that Ranallo would be joining Inside MMA.

Mauro has informed WWE officials that he would be returning to work this week on NXT. Many sourced revealed that he would be on commentary as usual Wednesday night alongside Beth Phoenix and Nigel McGuinness on USA Network.

The estimated net worth of Mauro is $1 million US. As a Sports Announcer, he earns around $33,800 US.

Before Christmas in 2018, he had a car crash after a vehicle at full speed crashed into his car. The incident happened when a car lost control and smashed his car.

However, he survived the car crash which he supposes is a Christmas miracle.

Ranallo was absent for WWE commentary for several weeks as he had allegedly been the victim of bullying from John Bradshaw Layfield.

Likewise, Bradshaw criticized him on a WWE Network show in response to Mauro’s tweet that he won The Wrestling Observer’s award for announcer of the year.

Mauro has dark hair and brown eyes. He is 5 feet 9 inches tall and weighs around 78 kg.

You may also read the age, parents, career, net worth, body measurement, and social media of Dave Hodge, Kevin Harlan, and Charly Arnolt