Maverick Carter is a businessman and also a well-known social media personality.

Maverick Carter is not married yet and also there is no information available on whether he is in a relationship or not. He appears to single as of now as he hasn’t yet introduced anyone as his girlfriend or lover. In further days, if he revealed anything about his love life then we will definitely update it. 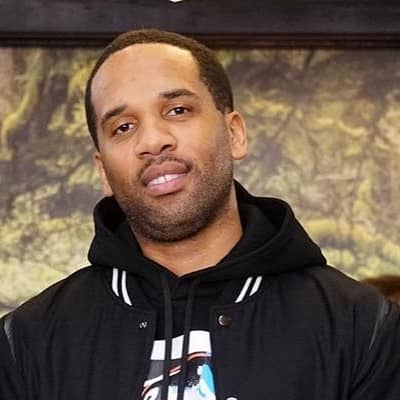 Once the world sees you as that one thing, and the better you are at that thing, the more you can only be that thing.

One thing that really bothers me is when a young black person speaks or leads a conversation, and afterward a white person says, 'You're really articulate.'

Who is Maverick Carter?

Maverick Carter is a businessman by profession and also a well-known social media personality. He has been working as one of LeBron James’ managers since 2006. Further, he is the CEO of the distributed media platform for athlete content, UNINTERRUPTED.

Maverick was born in Akron, Ohio on October 10, 1980. Besides Akron, he spent most of his youth in Atlanta, Georgia. He holds an American nationality and is of All-American descent.

The name of his parents is Otis Carter (father) and Katherine Powers Otis (mother). His mother is a social worker whereas his father was a drug dealer.

Talking about his academics background, he completed his high school in Akron at St. Vincent-St. Mary High School. He met LeBron James at the high school and both often played basketball and Football.

Carter also played college basketball at Western Michigan. He then attended the University of Akron but he dropped out of college and started on other endeavors.

Maverick started his career with the renowned company Nike where he served as an intern. He then started working as the business manager of James in 2006. Also, he founded a sports marketing company LRMR along with LeBron James, Rich Paul, and Randy Mims.

In 2010, James made the announcement that he was moving from Cleveland to Miami. Carter was accountable for causing ” The Decision”, generally supposed to be a marketing catastrophe. Similarly, Carter has helped James to organize a contract between Fenway Sports Group and LRMR that made James a partial stake in Liverpool F.C. as well as boosted his foreign profile.

He was the main figure behind James’s lifetime contract with Nike and also launched the first Nike commercials, “The LeBrons” in 2011. Carter serves as the CEO of SpringHill Entertainment which he launched in the year 2007 along with James.

Furthermore, he signed a four-year movie seal with NBC Universal along with Springhill Entertainment in September 2020.

To date, Carter has not been involved in any sorts of rumors and disputes that create a huge buzz in the media. Also, he stays miles away from any controversial acts that could hamper his personal and professional life.

As of 2022, Carter has accumulated a net worth of around $50 million throughout his profession as a successful businessman. Furthermore, his salary and yearly income are still under review.

Recently, he purchases a house at $9.3 million on a corner-lot estate in prime Santa Monica in January 2021. The house is nearly 6,200 square feet with a dark bottomed plunge pool has an inset spa and also a detached cabana with lots of own full bathroom and outdoor shower.

There is a detached two-car garage that is discreetly set along the backside of the property well away from the gated front entrance.

The entrepreneur stands has an impressive height of 6 feet 4 inches. Likely,  his weight is around 82 kg. He has curly black hair with black pair of eyes. Further, there is no information available regarding his other body measurement.