Mavis Leno is a married woman. She is married to Jay Leno. Her husband is a well-known American comedian, actor, producer, and former late-night TV host. After starting as a stand-up comedian for years, he landed the role of the host of NBC’s The Tonight Show with Jay Leno from 1992 to 2009. In September 2009, he started the primetime talk show, The Jay Leno Show on NBC.

The couple first met in Los Angeles in 1976 when Jay was performing at the Comedy Store. She was in the audience and found him very funny and the two began talking. As a young girl, she had told her mother that she would never marry nor have any kids. However, after meeting Jay, her views on marriage changed and she ended up marrying him.

The couple exchanged wedding vows on November 30, 1980, after dating for a few years. They have decided not to have kids.

They have now been happily married for almost four decades. In an interview, he shared the secret of his long and healthy marriage. He said,

“I always tell people that you should marry the person you wish you could have been. That’s a pretty good goal. The secret to a long marriage is realizing there’s nothing really worth fighting about.” 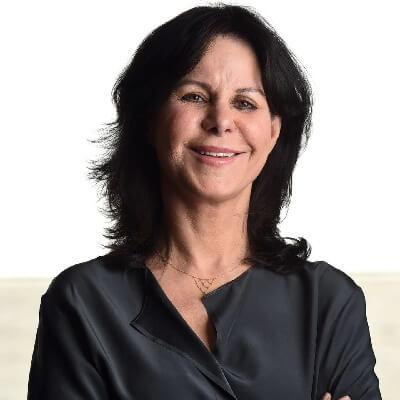 Who is Mavis Leno?

Mavis Leno is an American philanthropist and feminist. She is best known as the wife of American comedian and TV Hall of Famer, Jay Leno.

Mavis Leno was born as Mavis Elizabeth Nicholson on September 5, 1946, in San Francisco, California, USA. As of 2020, her age is 73. Her father’s name was E.A. Nicholson. He was a popular character actor in TV shows and movies. His best-known work is the portrayal of the hooded executioner in ‘In Cold Blood (1967). Her mother’s name remains unknown.

As a kid, she dreamt of pursuing a career as a jockey. She did not know that girls were not allowed to be jockeys. She learned that from her father and since then, she decided to raise her voice against gender-based discrimination.

Moreover, she grew up watching the TV show, ‘Honeymooners’, and became unhappy with the fact that women wasted their talents sitting at home while their husbands complained about how boring they were. This also left an impression on her. Her ethnicity is Caucasian.

Talking about her education, she completed her high school studies in San Francisco. Following that, she attended Emerson College, Boston, Massachusetts.

Marvis Leno is a leading international feminist and philanthropist. She is the chairman of the Feminist Majority Foundation’s Campaign to Stop Gender Apartheid in Afghanistan. She has served in the position since 1997.

In 1999, she and her husband donated $100k to the organization to help for the education of the public about the plight of women in Afghanistan under the Taliban terrorist group. They successfully protested against the building of an oil pipeline in Afghanistan, which could potentially have generated billions of dollars for the Taliban.

According to the well-known American author and journalist Melissa Rossi, she was the main reason for changing the views of the then American president Bill Clinton regarding the Taliban after she shed light on their rule’s ill-treatment of women in Afghanistan.

Moreover, she and Jay also support the human rights organization, ‘Equality Now’. It is aimed at the civil, political, economic, and social rights of women. Together, the couple has also supported various other organizations including Health for Everyone, Mount Holyoke College, Boston University, Northeastern University, Huntsville Hospital Foundation,  and McPherson College.

How much is Mavis Leno worth?

There is no information about her net worth. On average, an American philanthropist earns around $86k a year. Her husband, Jay Leno has an estimated net worth of around $400 million. Moreover, he makes around $15 million a year.

Mavis has black hair and a pair of dark brown eyes. The height of Mavis is 5 feet 11 inches. She has not revealed her weight and other body measurements.

Mavis has not been involved in any controversies. She has been able to keep herself away from any type of controversy and scandal. So far, she has not done anything controversial in her career. Similarly, there are no rumors about her.

Leno has kept a low profile, unlike her husband. She is not active on social media sites. She has chosen to stay away from Facebook, Instagram, and Twitter.

You may also like to read the Bio, Career, Net Worth, Body Measurements, Relationships, and more about Jay Leno, Mary Richardson Kennedy, Kimberley Motley, and more.