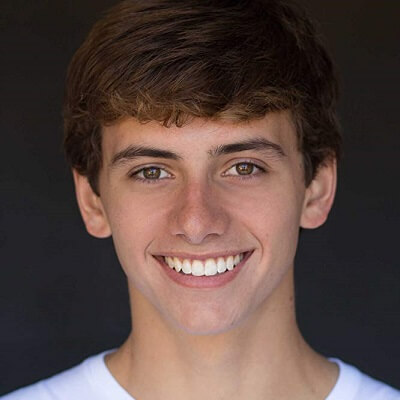 He might have been a relationship in the past but nothing has been revealed about it.

Currently, he more focused on his acting career.

Who is Mavrick Moreno?

Maverick Moreno is an American actor. He is well known for playing the role of character Cody in the 2012 comedy Parental Guidance.

Mavrick  Moreno was born as Maverick James on January 30, 1999, in Miami, Florida.

He was born to Dawn Moreno, mother and Omar Moreno, father. His mother is a housewife and his father is a police officer.

He has two brothers, one older Cole Moreno and one younger Carson Moreno. His brother Carson is also an actor who has appeared in the 2011 movie If You Only Knew.

Mavrick Moreno’s Rise as an Actor

The actor got his start in print at an early age of 8. He then became a big favorite with both Domestic and European companies.

Later he transitioned into commercials, television, and movies.

Among TV series, he has appeared in Annabelle Hooper and the Ghosts of Nantucket(2016) and began playing Mac Davis on the Nickelodeon series Every Witch Way in 2014.

In addition, he has appeared in movies, If You Only Knew (2011), and had a supporting role with Billy Crystal in the family comedy Parental Guidance (2012).

How Much Does The Young Star Mavrick Moreno Earn?

Moreno is popular among youths. He has 47K followers on his Instagram account. Here, he charges around $500 for each post. He often posts on Instagram where flaunts his luxurious life and updates his fans.

Moreno has light brown eyes with brown hair. He is 5 feet and 11 inches tall. He has a fit body.

You may also know about the body measurements, net worth and professional career of Matt Cornett(Actor), Diego Velazquez and Owen Joyner.