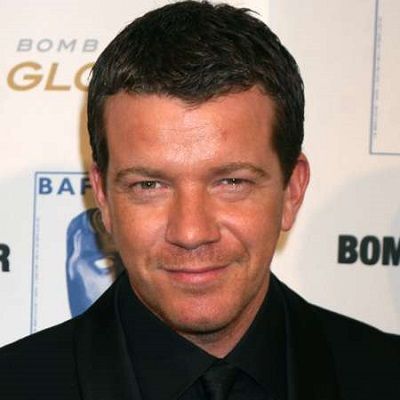 Max Beesley has dated a number of women in the past but at the moment he is a happily wedded man. Beesley was in a relationship with Mica Paris in 1994. The couple then broke it off in 1996.

In 1998, Beesley was in a brief relationship with girlfriend Caroline Aherne. In the following year, he was seen romanticizing with Melanie Sykes.

At present, Max’s wife is Jennifer Beesley. The couple shares one beautiful daughter Sabrina. He also has another daughter named Isabella.

Who is Max Beesley?

Max Beesley is an actor from the United Kingdom. As an actor, he is popular for starring the role of Charlie Edwards in the British television drama Hotel Babylon.

He is also popular for starring the role of Emperor in the movie The Emperor’s Wife.

His father was a professional jazz drummer, and his mother was a jazz singer. His parents had a divorce when Beesley was very small. Beesley has a sister named Katie Beesley and a stepbrother named Jason Milligan who is also an actor.

Max is of English nationality and white ethnicity.

Max Beesley has been pursuing his acting career since 1983. He starred the role of Collin’s mate in the TV series Last of the Summer Wine in the early 1980s. In the late 1990s, he starred in the TV series The History of Tom Jones, a Foundling.

Since then he has been seen in TV and movies like It Was an Accident as Mickey Cousins, Glitter as Julian “Dice” Black, Red Roses and Petrol, 16 episodes of Bodies as Dr. Rob Lake, Bloodlines. Likely he appears in 22 episodes of Hotel Babylon as Charlie Edward and 12 episodes of Survivor as Tom Price.

Moreover, he appears in 14 episodes of Mad Dogs as Woody, 11 episodes of CSI: Crime Scene Investigation as Thomas Stewart, 7 episodes of Suits, 6 episodes of Ordinary Lies. He is a recurring character in the 5th season of Homeland as Mike Brown.

As Max is equally fascinated by music like in acting, he joined Chetham’s School of Music and studied music there. He also appeared in Manchester Cathedral as a chorister. He was also enrolled at Guildhall School of Music & Drama where he learned percussion.

Beesley also began touring in the musical tour at a young age. In 2003, he performed at Williams’ Knebworth gigs as a pianist. He also plays like a percussionist and pianist for various associated acts.

For starring the role of Emperor in the movie The Emperor’s Wife, he got his first nomination in Viareggio EuropaCinema in 2003. He was nominated in this award for Best Score and he was also honored with this award that year.

Max Beesley has a net worth of $5 million dollars. As he has appeared in various of the good movies and his movies have a good collection at the box office, he must have good earning. Though his salary is unknown.

He hasn’t been into any rumors yet. He must have maintained a good relationship with all.

Max Beesley stands tall at a height of 5 feet 10 inches. He weighs 75 kg. Likely, he has blue colored eyes and brown colored hair.

Click on the link to know about India Reynolds, Ryan Haddon, and Lucy Watson.