Updated On November 25, 2022 | Published By: Donald Golden
Share this
Married 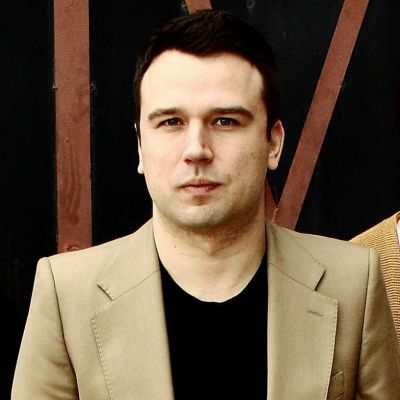 “Try to overcome your doubt. Believe you are beautiful. Look at yourself through someone else's green eyes. Believe someone out there will find you and kiss your skin until you can feel it blister with the heat. Believe in something bigger than your problems and you will be saved.”

“There is that small chance Iâ€™ll get what I want

to be someone to relate to for anyone who is as alienated, awkward, spastic and passionate as me.”

What is the relationship of Max Bemis?

Talking about his love life, Max Bemis is happily married to Sherri DuPree Bemis. Bemis is a well-known American singer-songwriter and is famous for the band’s albums Room Noises, Currents, and I’m Only Dreaming.

He also stated he is bisexual in August 2018.

Who is Max Bemis?

Max Bemis is a well-recognized American lead singer, primary composer, and primary lyricist of the band Say Anything. Bemis also sings along with Chris Conley in the supergroup Two Tongues.

Moreover, he also plays alongside his wife, Sherri Dupree-Bemis under the name Perma, and is a comic book writer for Marvel Comics.

Max Bemis was born on 6 April 1984. At present, his age is 37 years old. Likewise, his birthplace is New York City, New York, the USA.

Not much known about his father and mother’s details, Max has been secretive towards his parents’ details. Moreover, he has not revealed his siblings’ information in the public yet.

Talking about his nationality, Bemis holds an American identity whereas his ethnicity is Caucasian.

Max is the lead singer, guitarist, and primary lyricist of Say Anything as well as a founding member of the band. He remained the original member of the band after the resignation of other members. In the year, the band released Junior Varsity. It also released its debut full-length album, Baseball in 2001.

Bemis and his band also published Is a Real Boy in 2004. The singer performed the vocals, guitar, bass, and keyboard parts for the album. Say Anything then toured with Saves the Day and Hellogoodbye. On 10 June 2014, the band released the album Hebrews.

Max, Conley, and Linder had previously collaborated on a cover song of Bob Dylan’s, The Man In Me for the compilation album Paupers, Peasants, Princes & Kings: The Songs of Bob Dylan in 2006.

Other than that, Bemis has starred on Ready from The Starting line’s Based on a True Story. He also worked with Armor for Sleep on a cover of Today for a 2008 The Smashing Pumpkins.

Other than that, Max is also a writer and he has written five-issue series starring Foolkiller in July 2016. He also penned the Marvel Legacy reboot of Moon Knight in 2018.

How much is the net worth of Max Bemis?

A famed singer, Max has earned a handsome amount of money from his profession. He has been active in his profession from the year 2000 till the present.

It is reported that Max Bemis has an estimated net worth of $3 million as of 2022.

However, the talented singer has not disclosed his exact salary, earnings, and assets details till now.

In August 2018, Max revealed that he is bisexual. However, it is always open to it. Other than that he has never been part of any controversial matter or rumors till now.

It seems that Bemis prefers enjoying his personal life and does not want to merge it with his professional life.

37 years old star, Max has handsome looks and an admirable personality. He stands at a height of 6 feet.

Furthermore, Bemis has brown eyes whereas his hair is light brown.

Nevertheless, the prominent singer has never mentioned other physical details in the public yet.

Regarding his social media presence, Max Bemis is an active personality on social media. Max has more than 40.1k followers on his official Instagram account @maxbemis.

He is also active on Twitter with around 57.3k followers.

Moreover, Bemis is not available on Facebook at the moment.