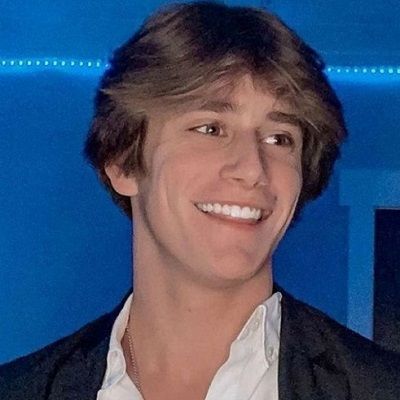 The TikToker has no history regarding his previous hook-up.

Who is Max Dressler?

American Max Dressler is a TikTok star. Max is renown for his TikTok videos which went viral on the web.

He is famous for his POV(point of view)  and lipsync videos.

Max Dressler was born on the 16th of April 2002. The TikTok star is raised in Charlotte, NC. He is of Jewish- Germanic ancestry.

He started his career as a TikToker by posting his first video in July 2019. In the course of time, he uploaded his lip syncs video and POV videos.

Due to such funny and entertaining videos, the TikToker has collected millions of followers and likes on Tik Tok.

While making such videoes, he has collaborated with the fellow TikToker friends too which include Adam Dillon, Sam Andrews, and Tyler.

The TikTok star had a nasty online fight. Together, they had collaborated for the TikTok video. According to Tyler, Max had put him down.

For the video, Tylor was roasted by the famous YouTuber Cody Ko. Due to such reason, Tylor got a little bit emotional and blocked Max on TikTok. 45 minutes later, he again unblocked the Max.

The sole reason caused the live online fight between them.

He is a brown-eyed brunette. Information regarding his height and weight are not revealed yet.

He has 144k followers on Instagram and 2.7 million on TikTok and 78.5 million likes.