Best known as a former member of the boy band 'The Wanted.' 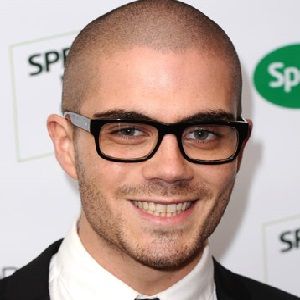 There's not much competition with one direction when it comes to screaming girls. we have a lot more screaming 19-year screaming men.

Lindsay can party as hard as we can.

I slept with more girls in America in one month than I have for a whole year in the UK.

Max George was in a relationship with an actress Michelle Keegan to whom he was engaged for a short period of time in 2012. After that, she started dating Danish model Nina Agdal in 2013 which also ended in February 2014.

As for now, he is dating Ryan Giggs‘s ex, Stacey Cooke.

Who is Max George?

Max George is a British singer, songwriter, and actor. He is best known as a former member of the boy band ‘The Wanted’. Furthermore, he has starred in the TV series ‘Glee’ as Clint.

Max George was born on 6 September 1988 in Manchester, England. His parents are Mark George and Barbara George.

He is of English nationality and Irish-English ethnicity. Furthermore, he has an older brother Jack who is a visual effects coordinator.

Talking about his education he was educated at the Bolton School but there is no information about his higher studies.

Before coming into the music industry, Max George was a footballer who played for Preston North End and almost signed a two-year deal with them. However, an injury ended his football career and later he decided to pursue his career in music.

in 2005, George joined a boy band, ‘Avenue and they participated in the Tv music competition  The X-factor 2006. However, they were disqualified after being found contracted with other management despite making the final 12. after that, they released their debut single “Last Goodbye” which peaked at #50 on the UK Singles Chart. Unfortunately, they disbanded in 2009.

Besides music, he has acted in TV series like ‘The Wanted Life’, ‘ Glee’ and ‘Bear Grylls: Mission Survive. Furthermore, he has recently released a solo single titled ‘Barcelona’.

He has an estimated net worth of $8 million but his salary is not known.

There were rumors back in 2013, that he was dating actress Lindsay Lohan which was later denied officially by George on his Twitter as, ‘Rumors….That’s all…Like I said… 1 million%.

Max George stands 5 feet and 8 inches tall and weighs around 73 kg. He has  40 inches chest and 14 inches biceps with a waist of 32 inches. Furthermore, he is bald and has hazel color eyes

max is highly active on social media and has a huge fan following. He has over 998.2 million followers on Twitter, over 180k followers on Instagram, and over 239k followers on Facebook.

You may also like to read more about Buffie Pursell, Toya Bush-Harris, and Jazmin Johnson.

How much is Max from The Wanted worth?

HBO Max removes Gone with the Wind from its US Streaming service temporarily!