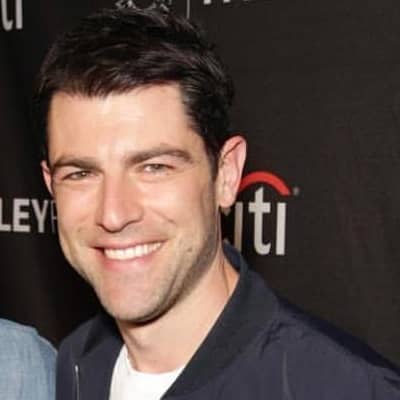 For a girl, the wedding is when you're married. For a guy, it's when you get engaged. It takes a real aggressive human being to back out between the ring and the wedding.

There's nothing worse than walking around and talking about your failed relationship, all day, every day, for months on end.

Max Greenfield is a married man and father of two children. He married a casting director Tess Sanchez on August 8, 2008. However, there is not much information available regarding their wedding and dating life details.

Max often features his family moments on his respective Instagram handles. Moreover, Lilly became quite popular on social media because of her banter with Max during homeschooling amid the pandemic of the coronavirus lockdown.

Who is Max Greenfield?

Max Greenfield is widely renowned as an American actor, producer, and voice artist. He portrayed the role of “Schmidt” in the Fox sitcom New Girl for which he received Emmy, Critics’ Choice Television awards and nominated for Golden Globe. He has been starred as “Dave Johnson” in the CBS comedy series, The Neighborhood since 2018.

Greenfield has been filming the upcoming comedy film, The Valet where he is cast in the role of Vincent Royce. However, the film hasn’t yet announced its releasing date.

Max was born to a Jewish family on September 4, 1979. He hails from Dobbs Ferry, New York, U.S. An actor is a secretive person so, his parent’s and sibling’s details are still under the curtains.

He holds an American citizen and had a ‘Saturday Night Live’-themed ‘Bar Mitzvah’. Talking about his academics, he attended Dobbs Ferry High School in Dobbs Ferry, New York.

After graduation, Max began to pursue an acting career and made his first debut role as Victor in the MTVs series, Undressed in the year 2000. Afterward, he landed guest appearances on dramas such as Boston Public (2002), Gilmore Girls (2003), and Sleeper Cell (2005).

He was cast in the lead role of Kyle Brewster in the 2006 television sitcom, Modern Men. Similarly, he appeared in the fifth season of the FX horror anthology series, American Horror Stor: Hotel where he portrayed the role of Gabriel.

Recently, there are rumors of the actor’s death on the Facebook page. However, the rumors have now been confirmed a complete hoax and like other celebrities, he also has been victimized by this hoax.

Max’s primary source of income is his profession as an actor. As of 2021,  he has accumulated around $3 million of net worth. While playing the role of Schmidt in the television sitcom, “New Girl” Max earned about $75,000 per episode.

He portrayed the character for seven years from 20011 to 2018. He collected around $1.875 million dollars per year through the series. Further, his other income and real estate are still under review.

The actor has an impressive height of 5 feet 10 inches tall and his weight is around 73 kg. He has a fair complexion. His chest, waist, and biceps sizes are 43, 32. and 12 inches. Likely, he has black hair color with hazel pair of eyes.