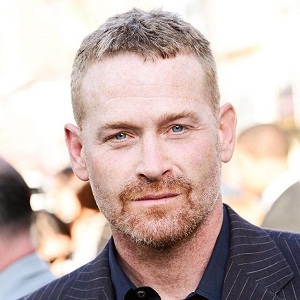 When passerby's ignore homeless people, they don't know if that was a man or woman in uniform previously. They should not be invisible. They cannot be ignored

When suffering from TBI and PTSD, it's difficult to find the motivation to seek help. I want society not to forget those that served this country

While shooting 'The Unit', I went to the Middle East twice to see the troops. I met some great men and women.

What is the relationship of Max Martini?

Max Martini is a married man. He exchanged vows with Kim Restell in the year 1997.

This couple was blessed with two sons. Their names are Leo Martini and Sean Carlo Martini.

Who is Max Martini?

Max Martini is an American actor who has done film, theater, and television. He is famous for his roles in Saving Private Ryan, Level 9, and The Unit.

He was born Maximilian Carlo Martini on 11 Dec 1969 in Woodstock, New York, USA. His ethnicity is a mix of Italian-Irish and he holds citizenship in the USA, Italy, and Canada.

His father Raffaelle Martini Pandozy was a sculptor and his mother Pat Margolin was a private investigator and parole officer.

Furthermore, he studied acting. In addition, he trained as an actor at the Michael Howard Studios.

Later, he enrolled at the School of Visual Arts. From there, he gained his degree in Fine Arts in painting and sculpture

During his career, Max Martini has appeared in various film and television shows including roles such as Contact, Saving Private Ryan, and The Great Raid.

Hence, he was also cast on The X-Files, DaVinci’s Inquest, Lie to Me, Numb3rs, CSI: Crime Scene Investigation, Criminal Minds, and CSI: Miami.

There are no rumors about this actor. Likewise, he is also not surrounded by any controversies.

This actor in TV and film has an estimated net worth of $4 million. His horror movie Eli (2019) has collected an amount of around $11 million at the box office.

As per reports, the average salary that an actor earns is around $19k-$210k per year.

Regarding Max Martini’s body features, he has blue eyes and brown hair.