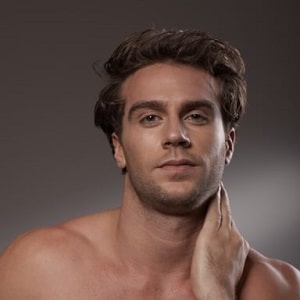 What is the relationship of Max Morley?

Max Morley dated reality star Naomi Ball for a brief amount of time. He was also in a relationship with British Model Jessica Hayes from 15th July to 25th August 2015.

At present, he is dating a girl named Laura Anderson. Their affair was started in the year 2018. Before her, Max was seeing Paul Knops.

Who is Max Morley?

Morley was born in Huddersfield on January 24, 1993, to parents Yvette Morley and Gary Morley. He was interested in the world of modeling and acting since his childhood years.

He is of British nationality. Furthermore, there are no details available about his ethnic background at present.  He has a brother, Jake Morley.

Talking about his education, there is no detailed information available about Morley’s educational background.

Max Morley was initially a cricket star. He played in a single Twenty-20 match for Durham County Cricket Club in March 2013. Additionally, he also made several appearances for the Durham second team during 2014. In addition, apart from cricket, Morley also worked in his family’s stonemasonry business.

Morley garnered widespread fame after his appearance in the ITV2 series ‘Love Island’ in 2015. In the show, he came in first place with fellow contestant Jess Hayes. Furthermore, he joined the cast of MTV series ‘Ex on the Beach’ for series 7 in 2017. Currently, he is a full-time model.

Morley has not revealed his current salary. Additionally, he has an estimated net worth of $5 million as of 2022.

Morley has been linked with several controversies due to his relationships over the years. At present, there are no rumors concerning his life and career at present.

How tall is Max Morley?

Talking about his body measurement, Max Morley has a height of 6 feet 2 inches (1.87 m). Additionally, he weighs around 88 kg.

Furthermore, his hair color is blonde and his eye color is green.

Morley is active over social media. He has a huge number of followers on social networking sites such as Twitter and Instagram.