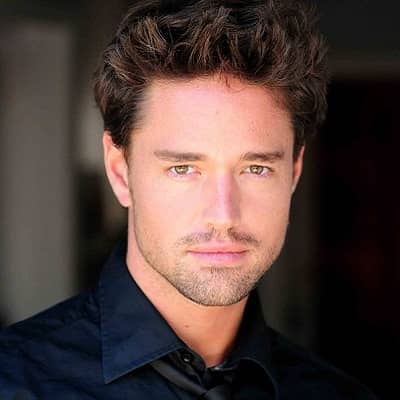 The couple exchanged vows on August 9, 2014. They also welcome their first child daughter.

Who is Max Sebrechts?

Max Sebrechts is a model and an actor who is well-known for his performance in an American drama, Hello, Herman, and also in Viaamse Hollyhood Vrouwen.

Max Sebrechts was born in Wilrijk, Antwerp, Belgium. Though his exact birth date and other information regarding his childhood and parents are unknown.

His nationality is Belgis and is of Irish and English ethnicity. He is fluent in Italian, English, and Mandarin and is conversational in German.

Talking about his education, he received a classical college education in Greek and Latin at Vita et Pax College in Antwerp, Belgium. He has graduated with a Master of Arts degree in Applied Economical Sciences with a major in International Management.

Max Sebrechts has graced the pages of magazines around the globe for over a dozen years with Calvin Klein, Hugo Boss, Gucci, Dunhill, and Burberry campaigns as well as Rolex.

His international career started with an exclusive contract with IMG Models in New York in 1999. He has been featured in the “First Face” runway campaigns for Ferragamo, Armani Couture, and Hugo Boss.

Also, he has modeled for the summer campaigns for Tommy Hilfiger and Marlboro Classics as well as an underwear ad for Calvin Klein. Sometime later, Max got contracted by Starz Models in Hong Kong and spent 6 years covering magazines around Asia.

He also has an exclusive contract with Ford Models in Los Angeles.

Max has an estimated net worth of $1 million. His income source is from his acting and modeling works. Max earns an average salary of around $49,986.

In addition, his wife, Crystle’s net worth is $3 million.

Till the date, she has not been in any sort of rumors and controversies.

Being a model, Max Sebrechts has a perfect body figure and stands tall with a height of 6 ft 2 inches. Likely, he has an average weight. He has brown colored hair and hazel green colored eyes.