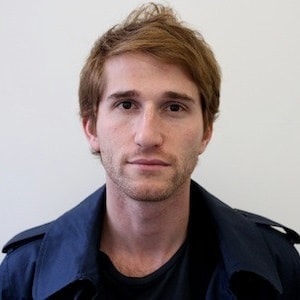 What is the relationship of Max Winkler?

Max Winkler might be single. There is no rumor heard about his relationship and affair till date. He might be focusing on his career rather than being in a relationship.

Who is Max Winkler?

He is known best for his feature film directional debut, ‘Ceremony’ in 2010 in which Michael Angarano and Uma Thurman were starred.

What is Max Winkler’s Age? Who are his parents, brother?

He was born on August 18, 1983, in Los Angeles, California, US. His birth name is Max Daniel Winkler and he is currently 35 years old.

His father’s name is Henry Winkler and his mother’s name is Stacey Weitzman. He is the younger brother of Zoe Winkler. Both of his parents are actors, hence he is from a filmy background.

What is the ethnicity and nationality of Max Winkler?

He holds American citizenship and his ethnicity is Ashkenazi Jewish.

He attended the USC School of Cinematic Arts and graduated from there. Other information about his education is under review.

He portrayed the small role in the film ‘Cop and a Half’ in 1993. The film was directed by his father. He played a younger version of his father’s character, Barry Zuckerkorn’ in the fourth season of ‘Arrested Development.

He worked as a producer prior to directing ‘Ceremony’. Max produced a number of short films and executive producer of the John Stockwell-directed film ‘Cat Run’ in 2011. He directed the internet series ‘Clark and Michael’ and ‘Wainy Days’, ‘The New Normal’, and ‘New Girl.

He was nominated for Jury Award in the Best U.S. Narrative Feature for ‘Flower’ in 2017 and for Best Narrative Short in ‘The King of Central Park’ in 2006.

He has not revealed any data about his salary and income so, it is hard to predict his net worth as of 2022.

He likes to keep his profile low. He has not been involved in any rumors and controversies neither in his professional life nor in his private life.

What is Max’ Height, Weight?

He has got dark brown hair and black eyes. He is 5 ft. 4 inches tall.

Other information about his dress size, weight, etc. is unknown.