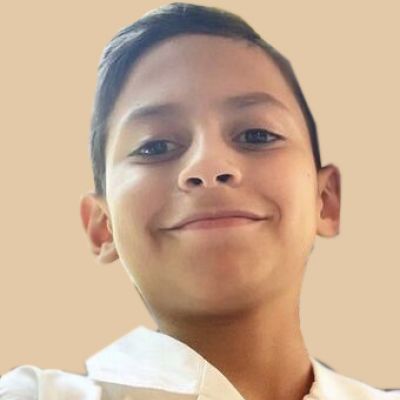 Talking about his relationship status, Maximilian David Muniz is presently single and he is not dating anyone at the moment. He is too young to involve in any kind of relationship or love affairs.

Moreover, Muniz seems to be presently focused on his studies and enjoying his childhood with his family. Talking about his guardian’s relationship, Lopez and Marc were friends initially for a long time. They married in the year 2004.

Sadly, the couple got separated in 2014. Presently, Jennifer is single and takes care of her children.

Who is Maximilian David Muniz?

Maximilian David Muniz was born on 22 February 2008 at 12:23 am. At present, his age is 13 years old. Likewise, his birthplace is Manhasset, North Hempstead, Long Island, New York, the USA.

Maximilian is the son of his father, Marc Anthony whereas his mother is Jennifer Lopez. Moreover, he has a twin sister, Emme Maribel Muniz. Jennifer is a world-famous singer, songwriter, actress dancer, and producer. On the other side, Marc is a renowned American singer, songwriter, actor, record executive, television producer, and so on.

The celebrity kid is just a minute younger than his twin sister, Emme. In the beginning, it was stated that the twin babies were born 11 minutes apart. He was born at North Shore University Hospital.

Talking about his nationality, Muniz holds an American identity whereas his ethnicity is Puerto Rican, Spanish, and Taino.

Additionally, Jennifer and Marc have captured every moment of the pregnancy and delivery and also later assembled the moment in a video diary. Muniz and his sister were born in a lavish birthing suite and got many extravagant gifts like Baby K’tan pillows and baby carriers along with their names embroidered on them.

His middle name, David was given in tribute to Jennifer’s father. On the other side, his twin sister’s middle name, Maribel was titled after’s Marc’s sister name who demised earlier because of a brain tumor.

Going on, Maximilian has a half-sister as well, Arianna Anthony Muniz from his father’s previous relationship with his ex-girlfriend, Debbie Rosado. Additionally, he has an older half-brother as well named Alex Chase who was adopted by Marc and Debbie. From Marc’s precious marriage with Dayanara Torres, Muniz has two half-brothers, Christian and Ryan.

It is reported that the first photo of celebrity kids, Maximilian and Emme were sold to People Magazine for $6 million. It was clicked by star photographer Tony Duran at the duo’s Long Island home over a weekend with over an 8-hour shoot.

Renowned actress, Jennifer celebrated Maximilian and Emme’s tenth birthday at Sugar Factory in Las Vegas. The kids had their own customized birthday cakes. Moreover, they received many lavish gifts and some guests like Tom Cruise and Katie Holmes were also invited.

Tom and Katie presented them Bonpoint outfits. Also, the twins got a pair of custom-made fur wraps from Dolce & Gabbana.

Max is very young and has not begun his professional career. We might see him as the greatest star on any platform in the future days. However, he has appeared along with his twin sister, Emme on The Ellen DeGeneres Show along with his mother.

Talking about Jennifer’s career, the greatest star started her music career in the year 1999. She has given blockbusters performance not once but many times. She became the first Latin actress to earn more than $1 million for a film. Lopez has performed in Anaconda(1997) and Out of Sight(1998) and made herself one of Hollywood’s highest-paid stars.

Likewise, Muniz’s dad, Marc Anthony is the three-time Grammy Award and six-time Latin Grammy Award winner and has sold more than 12 million albums worldwide. Some of his remarkable albums are When the Night is Over, Otra Nota, Todo a Su Tiempo, Marc Anthony, Libre, Mended, and so on.

The young celebrity kid, Muniz has not started his professional career and therefore he is enjoying a lavish lifestyle living with his family. David’s mom, Jennifer has an estimated net worth of $400 million and she earns more than $40 million per annum from her multiple profession.

In contrast, his dad, Marc has an approximated net worth of $80 million.

Muniz has never been part of any controversial matter or rumors till now. Davis is too young to get into any kind of controversial headlines.

It seems that the young kid prefers enjoying his personal life and does not want to merge it with his professional life.

13 years old juvenile kid, Maximilian Muniz has a cute smile, charming looks, and an admirable personality. He stands at a height of 4 feet 6 inches. Also, he has a balanced bodyweight of 31 kg.

Furthermore, Muniz has brown eyes as well as his hair is brown. His body measurement is 20-18-21 inches(chest-waist-hip) respectively.

Regarding his social media presence, Maximilian David Muniz is not an active personality on social media.