Updated On January 29, 2023 | Published By: Selina shamp
Share this
Married 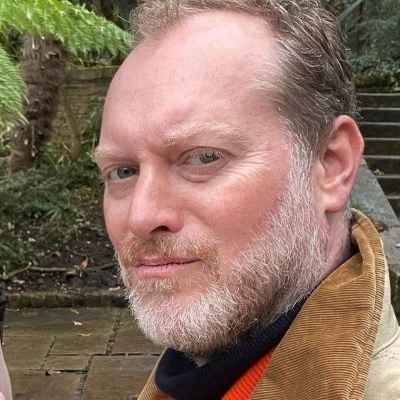 Maximillion is a married man. Maximillion Cooper tied the knot with her four-year-long girlfriend, Eve Jeffers.

Previously, he was married to Julie Brangstrup (2003–2010), his former business partner.

Unfortunately, the marriage did not work out and they parted their ways.

He welcomed a son Wilde Wolf Fife Alexander Somers Cooper on February 1, 2022, from Eve. Additionally, she has four stepchildren,  Lotus, Jagger, Cash, and Mini, all from his previous marriage.

Who is Maximillion Cooper?

He founded Gumball3000, and is best known for the same company which deals in car merchandise. He has also produced films such as Gumball 3000 and Rally On.

Introducing his parents, his father’s name is Johnie Cooper but his mother’s identity is unknown. Also, there is no information regarding his siblings as well.

Talking about his education, Maximillion attended Central Saint Martins College under the affiliation of the University of the Arts London.

During his tenure from 1990 to 1993, he learned fashion designing and graduated with a BA (Hons) in Fashion Communications and Promotion. He also attended the University of Sussex, further detail is unknown.

On top of everything, he is a professional car racer whose keen interest in Racing platforms led him to co-found a Car racing company, Gumball3000. Also, he is a producer, fashion designer, and art collector.

In 1999, he co-founded Gumball 3000 and since then, as an entrepreneur, he oversees multiple business ventures.

His company puts on an annual car rally event and has a merchandise line. The company is named after the movie, The Gumball Rally.

Additionally, this company has an apparel brand and a 3,000-mile celebrity motor rally. In this rally, celebrities like Usher, David Hasselhoff, and Deadmau5 were present.

With the intention to carry does philanthropic work, it organizes an auction every year to benefit underprivileged children in the United Kingdom.

Regarding his career in the entertainment industry, he is the producer of TV series like Gumball 3000, Rally On, and several other productions.

Not only that, but previously he used to model for leading fashion houses like Giorgio Armani, Ralph Lauren, and Mulberry.

Maximillion Cooper’s net worth is estimated to be about $60 million as of 2022. He leads a lavish life with the money he earns.

His salary in figures however is concealed but he definitely earns a handsome paycheque.

To date, he has managed to keep himself away from rumors and controversies. He does not mix his personal life with his works and has a clean profile in the public.

Maximillion Cooper stands tall with a height of 5 feet and 10 inches. He has average body weights, but his biceps, shoe size, waist, chest measurements are missing.

Moving on to his additional features, he has brown hair, a fair body complexion, and blue eyes.

He loves keeping a beard that turned grey as of his age.

Regarding his social media presence, he is available on Instagram with 320k followers. He joined Twitter in April 2010where he has around 10k tweets and 22.5k followers.