Maya Boyce is currently in a relationship with PJ Diaz who can be found on Instagram with the username @pjfdiaz. Furthermore, the lovebirds have been posting several photos of flaunting love on their Instagram accounts.

Likewise, They are way more comfortable with each other. They have been captured in several places by social media. Currently, Maya and Diaz are enjoying their love life and living beautifully. 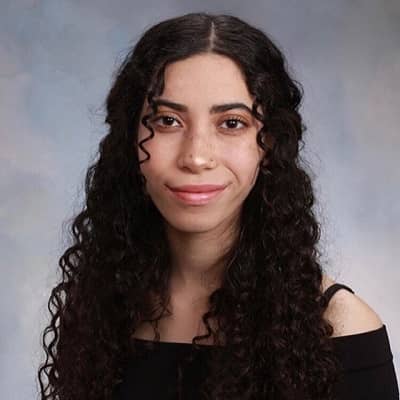 Who is Maya Boyce?

Maya Boyce is an American actress who is well known as the young sister of late actor Cameron Boyce. Additionally, she has made her appearance on (home)Schooled, Disney 365 (2013), and Piper’s QUICK Picks(2010).

Furthermore, she has amassed around 604K followers on her Instagram.

Maya’s father is a social media person and a cyclist and on the other hand, her mother is a social worker who does charity works and aids homeless people. Her mom is a native of New Haven, Connecticut. Similarly, she had a brother named Cameron Boyce who was a successful actor. However, he passed away untimely on 6 July 2019, due to an epileptic seizure. At the time of his demise, he was 20 years old.

Maya’s paternal grandmother’s name is Jo-Ann Boyce. She was a pediatric nurse and a professional singer. She is an avid pet lover and has a pet dog named Cienna.

Likewise, she holds the citizenship of America and belongs to an Afro-American ethnic background. Her birth sign is Capricorn.

Maya Boyce is well known as the young sister of late actor Cameron Boyce. Boyce has not had many careers in the public spotlight. However, she is popular on Instagram in her @maya.elan account. Similarly, the rising actress has over 604K followers on her Instagram Handle.

Maya attended the premiere of the Pixar film Planes along with her late actor brother, Cameron. She has starred as the character Brenda in the TV movie (home)Schooled.

Demise of her Brother, Cameron Boyce

Boyce was found dead at his home in Los Angeles on On July 6, 2019. According to his family, Boyce died in his sleep due to an epileptic seizure which was a result of an ongoing medical condition. On July 9, 2019, It was confirmed that his untimely death was caused by an epileptic seizure and he had previously been diagnosed with epilepsy. His body was cremated by his family. The news of his demise saddened many fans and people who watched him on a Television Screen.

Speaking on her education, she joined Clinton High School located in Tennessee.

Maya has a huge profile on social media sites and her movie appearances provide her some amount. The rising actress Maya has an estimated net worth of around $500K.

Maya has a height of 5 feet 5 inches tall and her weight is approximately 47 kg. Likewise, her distinctive feature is her slightly curly hair and an alluring smile.

Moreover, she has dark brown hair and her eyes are dark brown too. Furthermore, her body measurement is 34-26-38 inches.

Click the following link to get information about Victor Boyce, Cameron Boyce, and Brenna D’Amico !!