Who is the husband of Maya Erskine?

Maya Erskine is happily engaged to her fiance, Michael Angarano. He is a successful and popular American actor. Maya Erksine publicly announced her relationship with him in September 2019.

On November 2, 2020, the duo revealed their engagement and also disclosed that they are expecting a child together. In 2021, Erskine gave birth to a baby boy and named him, Leon Frederick.

There is no further info about her past relationships. 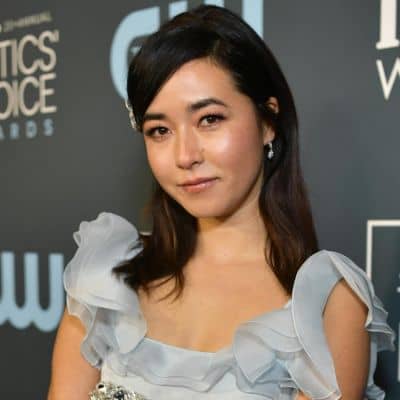 Who is Maya Erskine?

Maya Erskine is a famous American actress and writer.

She is best known for portraying the role of Maggie in the American romantic-comedy series, ‘Man Seeking Woman’ and the role of Mikki in ‘Betas.’

She appeared in the TV comedy series, ‘PEN15’ with Anna Konkle and co-created and co-executive produced the series with Konkle.

Maya Erskine was born in Los Angeles, California, the United States on May 7, 1987. Erksine is 34 years old as of 2022 and holds an American nationality. According to the astrological chart, Taurus is her birth zodiac sign.

Taichi Erskine is her brother who is a film editor and producer. She has cast her mother as the character’s mother on’PEN15.’

Moreover, she went to Crossroads School for Arts & Sciences and then enrolled at Los Angeles County High School for the Arts. Later, she joined New York University’s Tisch School of the Arts. Firstly, she studied musical theater but changed it to the school’s Experimental Theater Wing. While studying at NYU, Erksine met Anna Konkle.

Maya Erksine debuted her small-screen role in the television series title, ‘Hart of Dixie’ in 2013. Moreover, she has worked in the East-West Players and the Geffen Playhouse, theaters in Los Angeles. She portrayed the role of Wanda in the 2015 movie, ‘Frankenstein.’

Likewise, she was cast in Netflix’s Michel Bolton’s Big, Sexy Valentine’s Day Special. She then starred in the 2019 American comedy movie, ‘Wine Country’ from which Amy Poehler did her directorial debut and also appeared in the movie. Along with Erksine, and Poehler,  other comedians like May Rudolph, Rachel Dratch, and Tina Fey were cast in the movie.

The series got Eskine and Konkle the nomination for the 2019 Prime Time Emmy Awards in the category of Outstanding Writing for a Comedy Series. In the same year, the series itself earned Gotham Awards for Breakthrough Series Short form.

The net worth of Maya Erksine is calculated to be between 1 to 5 million USD. She has not revealed her yearly or monthly salary and income publicly.

To date, Maya Erskine has not been involved in any rumors and controversies that hinder her personal growth.

Maya Erskine is 5 feet 3 inches tall and weighs around 54 kg. She has a slim body and the size of her dress is 4 (US). Her body dimensions are 25 inches waist size, 35 inches bust, and hips size.

Moreover, Erskine has an amazing personality. She has clear fair skin and a couple of beautiful dark brown eyes. In addition, she has black-colored hair.

Maya Erskine is a social media personality who has huge fan followings on her social media accounts. More than 209 K people follow her on her Instagram account while her Twitter has around 21.1 K followers.

Similarly, there is an official Facebook page under her name, Maya Erskine which has crossed 1.6 K followers. Erskine is also available on Twitter which is enriched with over 1.6 K followers. She has uploaded only one video up to date, which was lastly posted on March 8, 2020.