Previously, Maye was married to Errol Musk, a South African engineer in the year 1970, whom she met in high school. Elon Musk, Kimbal Musk, and Tosca Musk are their three children. 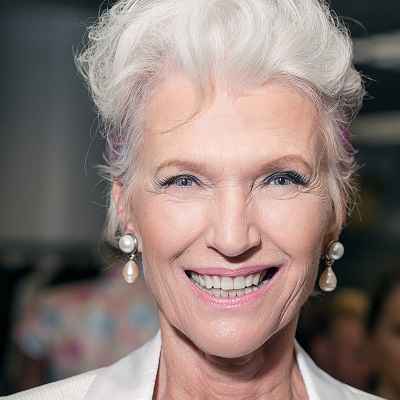 Who is Maye Musk?

Maye Musk is a Canadian-South African American model and dietician.

She has been a model for 50 years, appearing on the covers of magazines, including a Time magazine health edition, Women’s Day, and international editions of Vogue.

Maye Haldeman was born in Regina, Saskatchewan, Canada, on April 19, 1948, as a twin and one of five children. In 1950, her family relocated to Pretoria, South Africa.

Her parents Winnifred Josephine “Wyn” (Fletcher) and Dr. Joshua Norman Haldeman, a chiropractor and amateur archeologist were daring and flew the family around the world in a prop plane in 1952. Their parents shared slideshows and stories about their experiences.

Maye was a finalist in the Miss South Africa beauty pageant in 1969 when she was a young woman. In 1970, she married South African engineer Errol Musk, whom she met in high school. Elon Musk, Kimbal Musk, and Tosca Musk are their three children.

She divorced Errol Musk in 1979. Elon moved in with his father two years later. Elon decided to relocate to Canada after graduating from high school, and Maye followed six months later with her daughter Tosca.

Maye appeared on the cover of Elle Canada in 2012 and starred in Target and Virgin America ad campaigns. She became CoverGirl’s oldest spokesmodel at the age of 69 in September 2017, according to one news story. She got signed by Creative Artists Agency in 2021.

Maye works as a nutritionist and delivers seminars all over the world in addition to modeling. A Woman Makes a Plan: Advice for a Lifetime of Adventure, Beauty, and Success is her memoir in 2019.

She attended Lady Kitty Spencer’s wedding in 2021 as a guest.

Being a model and dietician, she has earned a wealthy amount from her profession. As per celebrity net worth, she has an estimated net worth of $20million, while she hasn’t revealed her exact salary, income, and earnings yet.

Throughout her long professional career, Maye has not been in any controversy yet. She has successfully kept herself away from unwanted scandals and rumors.

Also, she maintains a distance between her professional and personal life.

Maye stands tall at a height of 5feet and 8inches and weighs approx 60 kgs. Also, at this age, she has maintained her figure very well and looks gorgeous.

Moreover, she has a pair of beautiful blue eyes and white hair.

Moreover, all her social media accounts are verified.