Mayen Mehta at present is possibly a single man. He has not shared the details regarding his affair or girlfriend yet. 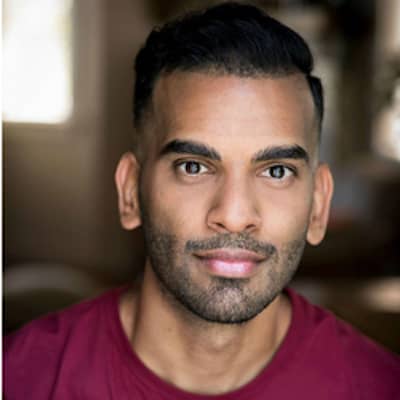 Who is Mayen Mehta?

Mayen Mehta is an actor and comedian of Kiwi/Indian nationality.

Recently, he was seen in the movie Interceptor playing the role of Corporal Rahul Shah in 2022.

This action-drama film featured stars like Elsa Pataky, who is the wife of Chris Hemsworth and Luke Bracey.

His birthdate is not made public but he was born in Durban, South Africa. The name of his mother and his father’s identity is also hidden.

Further, his ancestry is Indian, and as to his academics, he graduated with a degree in Biomedical Science from The University of Auckland. Later, he wanted to pursue his career in acting so he joined The Actors’ Program.

Mayen Mehta’s acted docudrama Cabbie has grabbed the Ignite Award. He was also nominated for his performance at the 48 Hours Film Festival. As a comedian, he participated in plus won the Fresh As Flick Comedy competition in 2016.

His other screen projects are featuring him are,

The star cast of the movie Interceptor, Mayen is keeping himself away from scandals as well as rumors.

Mayen Mehta has an average height is 5 ft 10 inches and his body weight is average. Adding some more, he has dark brown eyes with black-colored hair.

Mayen Mehta is available on a few social sites and with a few number of fans. On Facebook, he has around 60 followers.