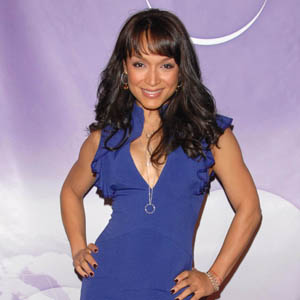 I think I'm now screwed for life because my first relationship was the most bizarre relationship ever, and I'm not normal any more. I've kind of been spoiled, and I guess I am kind of screwed up now

I've been making notes of my life, but when it finally came time to write it, it took me back, and I cried many tears. But I also think that it's liberating

Any kind of loss helps when you talk about it.

Mayte Garcia was married to Prince on the occasion of Valentine’s day in 1996. The couple shared a very romantic relationship and lived a happy life.

After two months of their marriage, Mayte announced that she is pregnant. Mayte gave birth to son Gregory who died just after a week because of a rare genetic disorder, Pfeiffer syndrome.

The couple divorced in 2000. Later Mayte went into a relationship with drummer Tommy Lee the same year. They stayed in a relationship along with the engagement till 2002. Later they also split. Mayte currently resides in Los Angeles with her adopted daughter Gia. She was born on her 38th birthday.

Who is Mayte Garcia?

Mayte Garcia is an American belly dancer, actress, singer, and choreographer. She is known for her dancing. She toured as a dancer on the “Diamonds and Pearls” tour.

Mayte Garcia was born on November 12, 1973, in Alabama, the USA. Her nationality is American and ethnicity is Puerto Rican

Her birth name is Mayte Jannell Garcia. Mayte was born on an army base. His father is Major John Garcia, USA – Ret. and her mother is Janelle Gracia.

Her father was a pilot in the Army whereas her mother was a dance teacher. She has one older sister Janice. In holidays she used to visit her extended family in San Juan, Puerto Rico.

Mayte went to General H.H Arnold High School, Germany for her studies. After completion of school, she got more involved in showbiz with her dancing skills and got recognition as the youngest professional Belly Dancer across the world.

Prince hired her for the dance on his Diamonds and Pearls Tour which led the attention of Prince to his next album Love Symbol. Prince also made a song for her with the title “The Most Beautiful Girl in the World” which was a great hit among the peoples. Mayte was also in the band The New Power Generation (NPG). Prince produced an album dedicated to her in 2005 under the label of NPG, Child of the Sun.

Mayte later became the artistic director of NPG Dance Company. Mayte directed music videos for artists like Chaka Khan, Graham Central Station, and one for Prince. She was also a choreographer, she choreographed for I’m a Slave 4 U which was performed by Britney Spears. She even performed it on MTV Video Music Awards.

She can even be seen in the movie Firehouse Dog and Hindi film Dus as a dancer. In 2009 she starred in Sí TV’s program Across the Hall. She also judged the first season of Dance Your Ass Off and also can be seen on the reality show Hollywood Exes in VH1.

Her salary is around  $250k per annum and her total net worth is estimated to be $2.5 million.

Rumors were that Mayte could be an HIV patient because Prince, her ex-husband was communicated with HIV in 1990s. And they got married in the 1960s. Later she was fit as well as she gave birth to Prince’s baby then the rumors were shut.

Mayte Garcia is a very bold and confident lady. Because of her opinions and statement, she is in news and controversy whenever she speaks. She described how she lost her virginity to Prince. Also, she revealed that her husband, Prince struggled with drugs.

Mayte Garcia has a height of 5 feet 6 inches. Her body weighs 53kg. She has black hair and hazel eyes. Her shoe size is 7(US).

Also get to know more about Rosie Perez, Patrick Swayze, and Hayley Kiyoko.

Prince’s Ex-wife Mayte Garcia revealed about their son’s death many years later…What must be the reason?