Updated On November 24, 2022 | Published By: Alisha Ghram
Share this
Widow 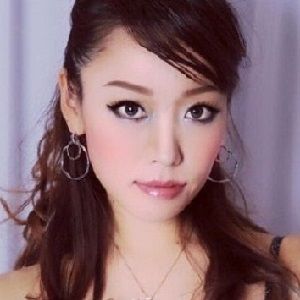 What is the relationship of Mayumi Kai?

Talking about the relationship of Mayumi Kai, tied the knot with her late husband “Keith Charles Flint” in the year 2006.

Likewise, their wedding ceremony took place privately in London. In the year 2009, her husband credited her in the Times feature saying that she helped him to get off drugs and alcohol.

Sadly, Keith died on 4 March 2019. Mayumi is currently living in London but being a DJ she travels around the world.

There is not much information about her past relationship. At the moment she is widowed after the death of her husband.

Who is Mayumi Kai?

Mayumi Kai is a Japanese DJ, model, and also an actress from Tokyo. She goes under the moniker ‘Super Megabitch’ in her music career.

She gained fame after she married The Prodigy frontman and singer Keith Flint in December 2006.

How old is Mayumi Kai?

Mayumi was born in 1983 in Tokyo, Japan. Though her exact birth date and information relation to her family and sibling are unknown.

Her nationality is Japanese whereas her ethnicity is Asian (Japanese). She follows Christianity and currently residing in London.

Talking about her education there is no information but her husband Keith Flint attended the Boswells School in Chelmsford and moved to Braintree after leaving school.

Being a bright student he was disruptive in class so, he was expelled from the school at the age of 15.

Mayumi is a DJ and music producer who is currently signed to Universal Music. Besides, she works as a model and an actress.

Mayumi Kai was announced as the opening act for The Prodigy’s 2012 tour to celebrate the 15th anniversary of the band’s album, “The Fat of the Land.”

The tour was known as a “The End of the World Extravaganza.” Mayumi was announced as the opening act under the moniker, “DJ Gedo Mega Bitch.”

Mayumi was regularly seen with Flint at motorbike Grand Prix events around Europe during their relationship. Flint told Matt Blake in 2016 that he and Mayumi owned a pub together in the English countryside and had nine dogs together.

Flint credited his wife in a 2009 feature in the Times for helping him to get off drugs and alcohol.

This model plus amazing DJ is full of talent. However, she hasn’t received any awards yet.

What is Mayumi Kai’s net worth?

Meanwhile, Keith had shared £5 million between his band in the last two years. Her husband had a reported net worth of $15 Million as of 2022.

Likely, the source of her income is from her DJ live shows and modeling projects. She also gets income from her music production company.

Moreover, she was regularly seen with Flint at motorbike Grand Prix events around Europe during their relationship.

Her husband Flint told Matt Blake in 2016 that he and Mayumi owned a pub together in the English countryside and had nine dogs together.

The death of her husband was a big topic of discussion among people. There are no other rumors about Mayumi.

She has been successful in keeping herself away from rumors and controversies in her career till date.

The bra size of her is 32B whereas body measurement is 34-24-35 inches. Her shoe size is 8 whereas her dress size is unknown.

Talking about her hair color, it is dark brown and her eye color is black. All of these features make her beautiful and attractive.

Mayumi Kai about social media, Mayumi is active on social media as she has 8k followers on her Instagram account.