Updated On November 17, 2022 | Published By: Paristha Acharya
Share this
Married 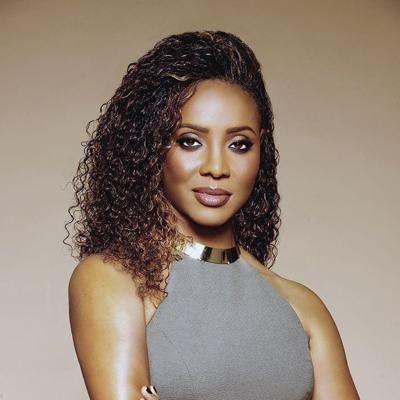 When I get involved, I give it my heart, I mean my mind, my soul, my body: I mean every part. But if it doesn't work out, yo, it just doesn't. It wasn't meant to be, you know, it just wasn't.”

If you love someone, you should say it often, You never know when they'll be layin' in a coffin. Wake up, it's important that you know that No one on Earth is promised tomorrow.”

When you say you love me, it doesn't matter. It goes into my head as just chit-chatter. You may think it's egotistical or just worry-free, But what you say, I take none of it seriously.”

What is the relationship of MC Lyte?

MC Lyte exchanged her vows with Marine Corps veteran John Wyche in August 2017. This musical wedding took place in Montego Bay, Jamaica, where Congo Bands played as she walked down the aisle.

This couple started dating in early 2016 after meeting on Match.com and were engaged in May 2017.

Who is MC Lyte?

MC Lyte is an American rapper, songwriter, model, DJ, and voiceover talent. She is best known as the first solo female rapper to release a full album with Lyte as a Rock.

This rapper was born on October 11, 1970, in Brooklyn, New York, the United States with the birth name Lana Michelle Moorer. She considered hip-hop duo Milk Dee, and DJ Giz as her brother because they all grew together.

Nat Robinson is the father of Audio Two. Her mother’s name is Bernice Gordon. She attended Hunter College. Moorer is of Afro-American descent.

MC Lyte started singing and rapping at the age of 12. At the age of 14, she began recording her first track but it took two years to release the song. In 1988, this rapper released her first song I Cram to Understand U (Sam) which was an underground hit. MC was featured on the music video I Want Your (Hands On Me) debuted in May 1988 on MTV.

Two years later, her fourth album Ain’t No Other became her first to reach gold status and was notable for pop hit Ruffneck. Her song Ruffneck was nominated for Best Rap Single for a Grammy Award. MC became the first solo rapper to be nominated for a Grammy.

She gives hits including ‘Keep On, Keepin’ On’ and ‘Cold Rock a Party‘ in her fifth album ‘Bad As I Wanna Be‘, which was her second gold album. Later, in 2003, she released her independently produced record The Undaground Heat notable for the song Ride With Me. This song was nominated for both BET and Grammy awards.

MC has given us many hits including Can I Get It Now, Don’t Walk Away, Mad At Me, Get Lyte, and Juke Joint. After a few years, she released her song ‘Dear John‘ which peaked number three on the Billboard Twitter Trending 140.
This rapper released her eighth album Legend after twelve years without an album in 2015.

Apart from music and rap career, Lyte is also engaged in acting. In 1991, she made her acting debut on a theater play ‘Club Twelve‘. Later in 1993, MC made her film debut Fly by Night.

She has starred in many movies and series including A Luv Tale, Civil Brand, Train Ride, Tales, SWAT, and more. She recently appeared in the film ‘Bad Hair‘ in 2020.

This actress has a boutique ‘Shaitel‘ that specialized in belts to sunglasses. Earlier in 1997, she launched a global entertainment firm ‘Sunni Gyrl Inc.’ She has also done voiceovers on some brands, networks, and shows.

Lyte is also a popular DJ and a motivational speaker. She was the first African-American woman to serve as the president of the LA chapter of the Recording Academy. This actress is the founder of the Hip Hop Sisters Foundation.

Later in 2019, MC received the trial Blazer Award with YO YO, Lil Mama, Big Tigger, Da Brat, and DJ Krock.

How much is the net worth of MC Lyte?

The average salary of this rapper is $1 million. Meanwhile, according to some sources, the estimated net worth of MC is $8 million.

This actress was rumored to being lesbian. It was also said MC was in a relationship with Queen Latifah, Janelle Monae, Lil Mama, and Tichina Arnold.

How tall is MC Lyte?

Blast the Myth! Know about the ‘weird’ eating habits about different celebrities and why one should not follow them!