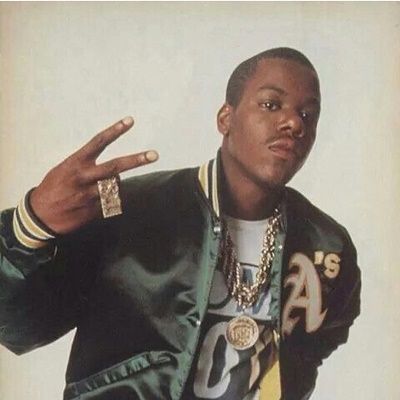 We felt he didn’t deserve what he was getting. We deserved that shit. We were the ones making the records, traveling in vans and driving all around the place. You do all those fucking shows trying to get known, and then you come home to a fucking apartment. Then you go to his house, and this motherfucker lives in a mansion. There’s gold leaf trimmings all in the bathroom and all kinds of other shit. You’re thinking, “Man, fuck that.

Their eldest son Anthony is an aspiring rapper under the name Waxxie.

Who is MC Ren?

MC Ren is an American rapper, record producer, and songwriter. He is best known as producer and owner of the record label, Villain.

This rapper was born on June 16, 1969, in Compton, California, the United States with the birth name Lorenzo Jerald Patterson. He has two brothers and a sister.

His father used to work for the government. Later, he opened his own barbershop. There is not much information about his family as he likes to keep his personal life far from the camera.

This songwriter joined Dominguez High School where he developed an interest in hip hop music and started writing songs. After graduation, he planned to join the United States Army but later, changed his mind after watching the movie Full Metal Jacket.

He is of All-American descent.

In 1985, MC Ren officially began his rap career with his childhood friend Eazy-E. While this rapper was in high school, he was signed as a solo artist to Ruthless Records. Later, Ren was asked to write songs for Eazy-Duz-It. He wrote more than half of the album and joined the group NWA.

They immediately started working on the album ‘Straight Outta Compton and released it in August 1988. The song Fuck Tha Police from this album became a major success. Responding to the song’s content FBI sent them a warning letter.

Eazy-Duz-It was released one month after Straight Outta Compton. In 1989, NWA released the EP 100 Miles and Runnin’ quickly after Ice Cube departed from the group. Ice Cube released a debut solo album avoiding mentioning his former group mates. Afterward, NWA goes on to diss him on their EP in the title track Real Niggaz. With contributions by The D.O.C., all lyrics were written by MC.

The next year, the group’s second full-length album Niggaz4Life was released selling 955,00 copies in a week. It was the first rap album to enter #1 on the Billboard charts.

Ren released his first solo EP Kizz My Black Azz in 1992 produced by DJ Bobcat after NWA disbanded. This EP was commercially and critically hit and went Platinum within 2 months. The same year, this rapper started recording for his debut album Life Sentence.

He joined The Nation Of Islam with guidance from DJ Train during the recording process which caused him to drop Life Sentence and Shock Of The Hour was released in 1993.  This album sold 321,000 copies within a month and debuted #1 on R&B charts.

Later, in 1994, MC reunited with Eazy-E to produce their duet song Tha Muthpukkin’ Real. In 1995 this song was released as a single after Eazy-E died from complications from AIDS. After DJ Train and Eazy died before the release of The Villian in Black, Ren fell on hard times. The next year, the album was released which was not well received by the critics.

Afterward, in 1998, before leaving Ruthless this rapper released Ruthless for Life featuring Snoop Dogg, Ice Cube, RBCs, and others. His fourth studio album Reincarnated was released by his own record label Villian on October 31, 2009. In June 2014, the official remix for Rebel Music was released featuring Ice Cube.

This songwriter released the straight-to-DVD film Lost in the Game produced, written, and directed by himself in 2004. An American actor Aldis Hodge portrayed MC Ren in the 2015 biopic Straight Outta Compton. The next year, this rapper reunited with NWA at Coachella.

The average salary of this rapper is $65,000. Meanwhile, according to some sources, his estimated net worth is $1 million. He owns a house in California, the United States.

His album Shock Of The Hour was controversial accusing MC of being anti-white, misogynist, and antisemitic. His next album The Villian in Black was also heavily criticized for pandering to gangsta rap at the cost of a reduction in the sociopolitical content.

Ren was rumored to be part of the N.W.A. movie project that Cube and Dre were working on.

MC Ren has a decent height with equivalent weight. His height is 1.73 m tall, and his weight is 90 kg. Similarly, he has black hair and dark brown eyes.