McKenna Grace is an American child actress. She is best known for playing the role of Jasmine Bernstein in the series Crash & Bernstein. She is also famous for portraying the character Faith Newman in The Young and the Restless. She is single at the present time. 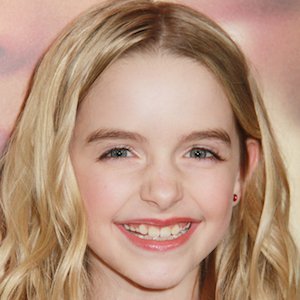 What is the relationship of McKenna Grace?

Cute and adorable McKenna Grace is only ten years old. She is too young to be in a relationship with someone. Being so young, she has not been in any relationship till now and it seems like she is sharpening her strength and skills to make her all dreams come true. She is very young she is not ready for any relationship at the moment.

Who is McKenna Grace?

McKenna Grace is an American child actress. She is best known for playing the role of Jasmine Bernstein in the series Crash & Bernstein. She is also famous for portraying the character Faith Newman in The Young and the Restless. She plays the role of Penny Kirkman in Designated Survivor since 2016.

McKenna Grace was born on June 25, 2006, in Grapevine, Texas, United States. She is an American by nationality and belongs to the North American ethnicity.

Her mother’s name is Crystal Grace and her father’s name is Ross Burge. Her parents moved her family to Los Angeles after she earned her first recurring television role. She has two dogs named Marshmallow and Baby Unicorn. She is a huge animal lover and became a vegetarian at the age of seven. She had her first acting audition while on vacation with her family in Los Angeles.

In 2013, Grace made her acting debut, playing Sydney in Joe, Joe & Jane. She got her first big break when she was cast as Jasmine Bernstein in the TV series Crash & Bernstein. She played the role of Jasmine in the series until 2016. In 2013, she made her big-screen debut playing Hannah Palmer in Goodbye World. She also had a recurring part playing Faith Newman in The Young and the Restless between 2013 and 2015.

Grace played the role of Daisy in the science fiction thriller film Independence Day: Resurgence in 2016. She has appeared in numerous TV films and movies. She was cast for the lead role as Mary Adlerin the Marc Webb drama film Gifted, starring alongside Chris Evans. She is currently filming for the role of Juliet in the horror film Amityville: The Awakening.

McKenna Grace: Salary and Net Worth

As of 2022, Her salary has been disclosed but she earns a net worth of $2 million.

Currently, there are no desperate rumors regarding her personal and professional life. It seems she is doing her best job without harming others for which she hasn’t been a part of the controversy yet. Also, she is so young to be a part of rumors and controversies. She is loved by everyone for her work.

She has a good height of  5 feet with a bodyweight of 45 kg. She has blonde hair color and her eye color is blue. There is no information about her shoe size, dress size, and other body measurements.