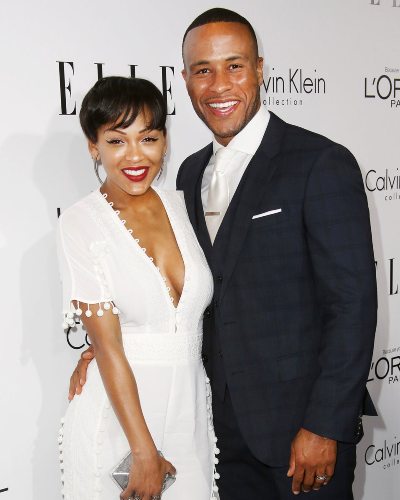 Meagan Good and DeVon Franklin are filing for a divorce! The couple of nine years have decided to end their marriage. on 21st December 2021, they revealed that they have filed for divorce. In a joint statement, the couple said,

“After much prayer and consideration, we have decided to go into our futures separately but forever connected. We celebrate almost a decade of marriage together and a love that is eternal. There’s no one at fault, we believe this is the next best chapter in the evolution of our love.”

They are grateful for the life-changing years of their lives that they spent as husband-wife. They added,

“We are also extremely thankful to God for the testimony being created inside us both and for blessing our lives with each other.”

Likewise, the divorce paper was filed by DeVon at the Stanley Mosk Courthouse in Los Angeles. Six months back the soon-to-be ex-couple celebrated their wedding anniversary. They married on 16th June 2012 and don’t have any children yet.

Who are Meagan Good’s sisters?

Meagan Good was born on 8th August 1981 in Los Angeles, California to Tyra Wardlow-Doyle and Leondis “Leon” Good. She has two sisters La’Myia Good and Lexus Good. Her sister La’Myia is an American singer and actress.

Likewise, Meagan also has a brother named Colbert Good. Her mother worked as her manager during her teen years while her father is an LAPD police officer.

Meagan Good is an American actress who has appeared in numerous television shows, feature films, and music videos. Likely, she started acting at the tender age of four and appeared in several television dramas before making her debut on the big screen.

Her breakthrough performance came in the role of a sexually charged teenager in the 1997 movie ‘Eve’s Bayou’ and she later went on to land a regular role in the kid-friendly sitcom Cousin Skeeter. Read more bio…