Meaghan Cooper is an American musician and actress by profession. 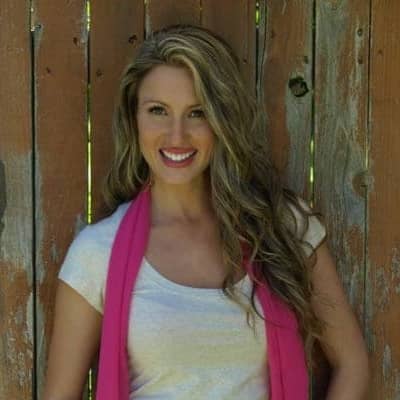 What is the relationship of Meaghan Cooper?

Meaghan Cooper is a married woman. Her husband’s name is Evan Tenuta who is also her best friend. However, there is not much information available regarding her husband.  The couple started dating each other in the year 2016.

Who is Meaghan Cooper?

Meaghan Cooper is an American musician and actress by profession. Also, she is an occasional model. She is best known for her work on the reality television show, I Survived a Japanese Game Show.

Meaghan was born on February 14, 1986, in San Antonio Texas, USA. Her nickname is Soopa Coop. She holds an American nationality whereas her ethnicity is unknown at the moment.

Meaghan prefers to keep a low profile when it comes to her personal life. She hasn’t yet disclosed her family details to the media including her father, mother, and siblings.

Also, the details regarding her academic background are under the curtain.

Meaghan has been singing since she was six years old. While she was in her school she participated in the school talent show too. She was influenced by Madonna Billie Holiday, Whitney Houston, Aretha Franklin, Shirley Bassey, and Mariah Carey rock music.

Cooper has her own band based in San Antonio, Texas named Elephant Garden. She has participated in American Idol and got a golden ticket in her fifth time auditioned at the Galveston try-outs in season 11. She was eliminated in the top 60 Las Vegas Round.

To date, Cooper doesn’t seem in any sorts of rumors and disputes that create headlines in the media. Also, she has managed to maintain a clean profile in the public.

Cooper might have earned a handsome amount of wealth throughout his career as an actress and musician. But she hasn’t yet revealed his exact net worth, salary, and other assets in the media.

The actress has a well-maintained body with fair complexions. She is 5 feet 6 inches tall and has an average weight which actual measurement is not available. Likewise, she has blonde hair with brown pair of eyes.