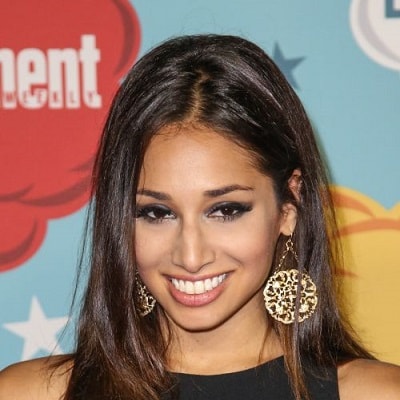 I've done a couple of series before, and what I like about TV is, as an actor, you get that chance to practice all the time, and that's really how you grow.

I watched a lot of movies when I was younger and I remember, when I was seven years old, I asked my parents if I could have an agent for Christmas.

My dad's family is part British and Austrian, and my mother's family is from Goa, which is in the south of India. I looked different from everyone else, which now is such a blessing. It was harder at the beginning of my career.

Meaghan Rath is currently living her single life. Previously, she dated Patrick Kiely in the year 2014 who is an actor as well as a director. They even revealed their relationship in the media.

Also, she was often seen hanging out with an English actor Jack Cutmore-Scott and also shared plenty of their pictures on their Instagram accounts.

Who is Meaghan Rath?

She was born on June 18, 1986, in Montreal, Quebec, Canada. Her mother is of Indian origin, and her father belongs to British and Austrian Jewish ancestry.

She has a younger brother named Jesse Rath. Jesse who is also a Canadian actor. She always wanted to become an actress since her early ages and had taken part in many acting workshops during her school life.

Meaghan holds Canadian citizenship but her ethnicity is a mix of Ashkenazi Jewish and Goan Indian.

She attended Dawson College of Montreal and studied Cinema and Communications.

Moreover, she made her appearances on the Canadian-American television series ‘Aaron Stone’ in 2009 in which she portrayed the role of Tariana Caine. She depicted the leading role of Rigby Hasting on the Canadian sitcom ‘The Assistant’.

In the year 2010, Meaghan Rath has appeared in the television sitcom ‘18 to Life’ in which she portrayed the character of Erin Boyd for 2 episodes.

She rose to fame after her incredible performance in the 2011 Canadian supernatural horror comedy-drama television series ‘Being Human’ in which she portrayed the leading role of Sally Malik.

Similarly, she appeared on the 2014 American drama series ‘Kingdom’ and then appeared on the American sitcom ‘New Girl’ in 2015. Moreover, she did a lead role of Tani Rey on the series Hawaii Five-0 in September 2018.

Meaghan has been successful in keeping herself far from rumors and controversies in her personal and professional life.