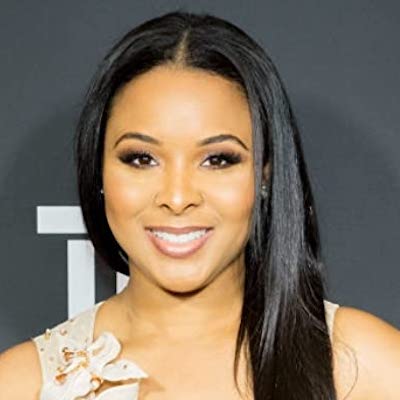 Mechelle McCain is currently is possibly single. But once she was in a marital relationship with Mike Epps.

She exchanged vows with him on 28 July 2006 and her husband is a comedian plus an actor. But things went wrong and Mike in Jan 2016 filed for the separation.

Then in Sep 2017, their divorce was finalized. From the failed wedding, Michelle and Mike are blessed with two children.

Who is Mechelle McCain?

Mechelle McCain is an American actress, producer, and writer. She is popular for appearing in 35 and Ticking (2011), The Bold and the Beautiful (1987), and MisAdventures of a Hollywood Housewife (2012).

In 2020, her short project titled A Lesson of Beauty was released where she played the role of Malia.

Her birthdate is 27 Nov 1985 and she was born in Houston, United States. The identity of her mother, father, and siblings is hidden from the media.

Mechelle’s ancestry is All-American and as per her academics, she completed her bachelor’s degree from the University of Houston.

Mechelle McCain is known for her acting in several movies and TV shows. At first, she was seen as a girl in the movie The Fighting Temptations (2003). She then appeared in The Teenage Kevorkian (2005), The Hoodling (2010), The Game (2011), etc.

But her fame increased when she was seen in TV shows Behind the Scenes (2012) as Fantasia and MisAdventures of a Hollywood Housewife (2013) as Angela.

Mechelle other acting credits are,

According to the data of 2021, she has a net worth of around $500k US. The annual salary of her is unable to track.

This actress/producer is keeping herself away from rumors and desperate scandals.

Mechelle McCain’s height is 5 ft 3 inches and her body weight is 75 kg. Similarly, she has dark brown eyes and has hair in black color.