Meg Crosbie- A child actress who is busy building herself as an American actress, singer, dancer and model!

Updated On September 20, 2022 | In Career , Child , Interesting Facts
Share this 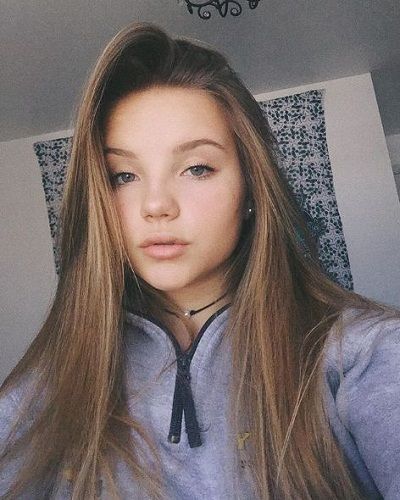 Meg Crosbie is popularly known for her acting skills from a young age. She was born on July 11, 2003, i.e. on Friday, which makes her 15 years at present.

This American actress was born in Charlotte, NC  and her birth sign is Cancer. She is popular for her appearance in The Scent Of Rain And Lightning (Drama/Mystery), Paper Towns (Drama/Mystery), and Grandma (Drama/Comedy).

Concerning her childhood days or early life, we lack information about them. There is no data about her parents’ names or the type of job they do. Nor do we have any details about her family background and childhood. Fortunately, we know about her older brother. She has an elder brother named Will.

Remarkably, Meg Crosbie has preferred keeping her personal life behind the limelight.

Achievements since a young age

Meg Crosbie started taking dance and gymnastics at the young age of four. She also won a number of national dance awards. These awards include Solo and Trio National Titles.

Meg also had the opportunity to work with many amazing professional choreographers. This American actress additionally worked with several professional theatrical companies. These include the production of Dr. Seuss’s Cat in the Hat, Scrooge the Musical, Disney’s Tarzan the Musical, Miracle on 34th Street, and The Little Mermaid.

Moving on, this young talent has also shown her presence in many commercials like Beados, Barbie Fab Sizzle, and Glitzi Globes. Meg Crosbie is not just an actress, but also a child model.

As a child model, she has worked with various catalogs and magazines. Prior to that, Meg is also seen on the catwalk in high fashion runway shows.

Meg Crosbie as a child actress has by far been successful in building herself as a popular Actress. She landed her role in 2013’s movie named Jackass Presents: Bad Grandpa which was based on a Comedy. This 1 hour 42 minutes movie was able to earn 151.8 million USD at the box office with only a 15 million USD budget.

In 2015, Meg performed the role of Ruthie Spiegelman in the movie Paper Towns which is based on Drama and Mystery. This movie was able to earn 85.5 million USD at the box office.

Meg appeared for 20 episodes in WITS Academy (American telenovela) as Emily Prescott. Her acting was visualized in RoboDog (a Science fiction film/Family). She has also made a number of presentations on Nickelodeon and the Disney Channel.

The movie titled The Scent of Rain and Lightning which was initially released on February 16, 2018. In this movie, Meg also made her appearance as Young Jody Linder.

Meg Crosbie is a young 15 years old girl, who is busy building her career as an actress, dancer, and singer. She is believed to be single at present. Furthermore, we have no information about her past relationship.

We hope she finds someone special very fast!!

Building his professional life pretty well, but why has not he revealed any details about his personal life?? Explore this child actor- Kendall McIntyre’s filmography!
Tags : American Actress dancer Paper Towns Singer