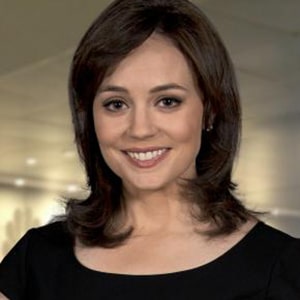 Meg Tirrell might be currently single. She is very secretive when it comes to her personal space. Also, she has neither been spotted not shared any picture with any person. She is currently busy in her career and she might not have got enough time to be in a relationship.

Who is Meg Tirrell?

Meg Tirrell is an American journalist who is best known for her appearance on CNBC.

She was born on November 3, but her full date of birth is unknown. She was born in the USA. Meg has not disclosed any information regarding her parent’s and siblings.

She is very much concerned about her dressing style and she wears only designer’s clothes.

Meg holds American citizenship and her ethnicity is Caucasian.

She achieved a Bachelor of Arts in English and Music from Wellesley College. Later, she attended Northwestern University and completed her education in journalism.

She began her career as a Biotech and Pharmacy Reporter in CNBC in March 2014. Before CNBC, she worked for Bloomberg News and covered the maximum portion of the Biotechnology industry and pharmaceuticals. She also gained experience from working at the network Global headquarter located in New Jersey.

Also, Meg Tirrell has worked as a news reporter for Bloomberg BusinessWeek. She covered the development of new drugs for Alzheimer’s rare cancer diseases and also trailed the illness from Ebola to Zika with public health emergencies.

She revealed the extensive use of unapproved drugs among the people and also reported the impact of politics on the development of new medicines during pricing controversies in 2016.

Talking about her awards and nominations, it seems she has not been awarded and nominated for her work.

She must have earned a decent sum of money from her career however, she has not revealed her exact net worth, income, and salary.  According to some sources, the average salary for the CNBC news anchor is around $606k-$689k.

She has not harmed any person in her career till date and has been successful in keeping herself away from controversies.

Meg Tirrell has brown eyes and brown hair. But, other information regarding Meg’s height, weight, body measurement, etc. are not available.