Talking about her love life, Megan Batoon is presently single and is not dating anyone at the moment. She might be focused on her career right now.

Previously, the star has dated dancer and her fellow YouTube star, Ian Eastwood. The duo started dating in 2014 and was seen together in many videos playing pranks, games, challenges, and sharing moments of love, and awkward stories.

However, the former couple separated in 2016 without any unclosed reason. 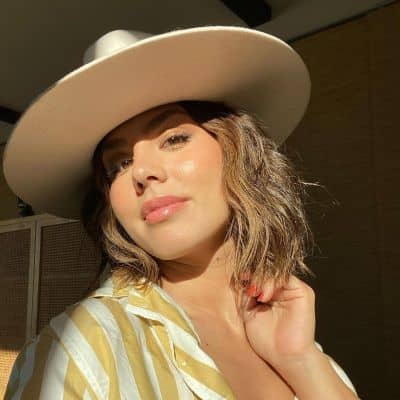 Who is Megan Batoon?

Megan Batoon is a well-recognized YouTuber, dancer, choreographer, social media star, and Instagram star. Baton is widely famed for her role in Step Up Revolution, Laties, Rap, and Dae-A-Max.

Moreover, she is a well-named YouTube star with more than 1.14 million subscribers.

Megan Batoon was born on 29 March 1991. At present, her age is 30 years old. Likewise, her birthplace is Jacksonville, Florida, USA.

Megan is the daughter of her mother, Michele DePompeo whereas her father’s details are still unknown to the public. Moreover, she has a sibling named Nicole Lee.

Talking about her nationality, Batoon holds an American identity whereas her ethnicity is Filipino, Irish, Polish.

Regarding education, the star has not revealed her educational background to the public. She might have graduated from the university of the town.

Megan is a multi-talented professional and is known for her versatile work. She has featured in movies such as Ladies of Rap in 2012, Step Up Revolution(2012), and Date-A-Max(2012). Additionally, the star has been a member of a series released in 2013, Anthony Ma. She has also choreographed the video of the song, Dark Horse that featured Josh Golden and it was released in December 2013.

Likewise, Batoon has also worked as a host in the program, World of Dance Weekly and Batoonchitime. She has represented Ford to be an Agent for the First Movement. Megan has also her own podcast named Just a Tip with Megan Batoon.

Apart from this, the star is a well-renowned YouTube star. She has more than 1.14 million subscribers on her YouTube channel. Batoon started her career on 13 December 2010. Her first video is titled Batoon Choreography| Act Out ft. Marlee Hightower and was released on 17 February 2011.

Some of her choreography videos are Raining Men, 100 Bottles, and Strange Clouds. She has also collaborated with the YouTuber, Brian Abadia and choreographed the song, She will. Moreover, she is popular on Instagram as well.

A multi-talented star, Batoon has earned a handsome amount of money from her multiple profession.

It is reported that Megan Batoon has an estimated net worth of $1 million. Moreover, she has brand endorsed for Nike, Flips Audio, Target, iMemory.

Megan has never been part of any controversial matter or rumors till now. The Youtube star has been preoccupied with her professional and private life.

It seems that Batoon prefers enjoying her personal life and does not want to merge it with her professional life.

30 years old star, Megan has gorgeous looks, amazing shapes, and an admirable personality. She stands at a height of 5 feet 4 inches. Also, she has a balanced body weight of 53 kg.

Furthermore, Batoon has brown eyes whereas her hair is dark brown. Her body measurement is 35-25-34 inches(chest-waist-hip) respectively.

Regarding her social media presence, Megan Batoon is an active personality on social media. Megan has more than 729k followers on her official Instagram account @meganbatoon.

She is also active on Twitter with around 110k followers. She owns a YouTube channel named MeganBatoon and it has more than 1.14 million subscribers at the moment.

Moreover, Batoon is also available on Facebook with nearly 354.6k fans and supporters.

What is Megan Batoon known for?

How old is Megan Batoon?