Best known for her role of Mallory Pike from ‘The Baby-Sitters Club’. Also, she is a folk/pop guitarist and singer-songwriter. 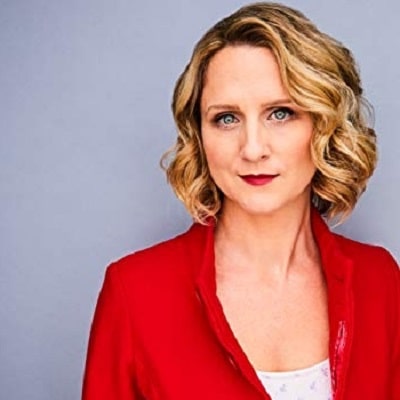 Meghan Andrews might be single. She has kept all the information regarding her relationship, affair, boyfriend, etc. under shade. Also, she might be busy on her career recently and she might not have an interest in being in a relationship.

Who is Meghan Andrews?

Meghan Andrews is an American actress and singer who is best known for her role of Mallory Pike from ‘The Baby-Sitters Club’. Also, she is a folk/pop guitarist and singer-songwriter.

She was born on September 2, 1979, in New York City, New York, USA. She is currently 39 years old. Meghan was born to father George who is a Jazz composer, arranger, and producer, and mother Jo who is a vocalist and songwriter of Jazz, SynthRock and Psychedelic Folk music. She has not disclosed any information regarding her siblings, and childhood.

Meghan holds American citizenship but her ethnicity is unknown.

She attended New York’s High School of Music and Art and studied Vocal Performance. Also, she was accepted into the Conservatory of Acting at SUNY Purchase in Westchester, New York.

Her first acting role was in the musical ‘The Secret Garden’ in which she portrayed the role of the first incarnation of the lead role of Mary.

In 1990, Meghan Andrews gave her voice for ‘Earthday Birthday’ and in the same year, she appeared as Mallory Pike in the TV-series ‘The Baby-Sitters Club’.

Furthermore, she depicted the role of Vanessa Albert in ‘Law & Order; Criminal intent’ in 2007 and of Jill in ‘Justified’ in 2011.

She was nominated for Young Artist Award in the category best Young Starring in a  New Television Series for ‘Flesh ‘n’ Blood’ in 1992.

She has been successful in keeping herself far from rumors and controversies in her personal and professional life till date.

Meghan Andrews has a height of 5 ft. 11 inches and she has blue eyes and brown hair. Also, she wears shoes of size 8(US) and dress of size 4(US).

The GCSE scores of Prince Harry, Prince William, Queen Elizabeth II, Kate Middleton and the other royals of England!