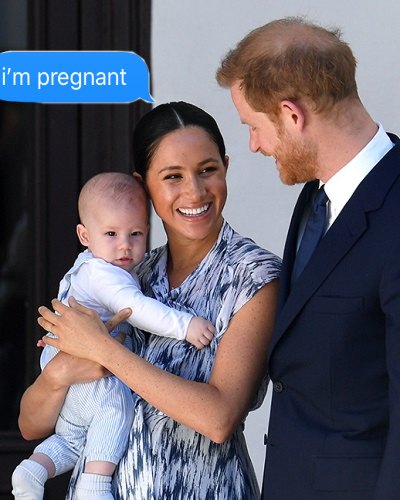 Good news for the Royal family!

Meghan Markle and Prince Harry are becoming a family of four. The couple announced the happy news on 14th February 2021.

They announced the news with a stunning black-and-white photo which was taken by iPad by their friend and longtime photographer Misan Harriman.

In the picture, Harry was looking at his beautiful wife who was flaunting her baby bump as she rested in Harry’s lap.

Markle donned a flowing dress by Carolina Herrera which was first made when she was pregnant with son Archie. The baby is set to arrive on 6th May 2021. Meghan had a miscarriage last July 2020. She wrote a more than 1k words essay in the Times and wrote,

“I knew, as I clutched my firstborn child, that I was losing my second. Losing a child means carrying an almost unbearable grief, experienced by many but talked about by few. It was a July morning that began as ordinarily as any other day: Make breakfast. Feed the dogs. Take vitamins. Find that missing sock.”

“Hours later, I lay in a hospital bed, holding my husband’s hand. I felt the clamminess of his palm and kissed his knuckles, wet from both our tears. Staring at the cold white walls, my eyes glazed over. I tried to imagine how we’d heal,”

Likewise, she found out that in a room of 100 women, 10 to 20 of them will have miscarriages. But it is still considered as a taboo, riddled with shame, and perpetuating cycle of solitary mourning. Likewise, they shared with their family about the miscarriage and decided to talk openly about their loss.

Furthermore, she was an ambassador for World Vision Canada working together with the United Nations Entity for Gender Equality and the Empowerment of Women. Read more bio…

Shenae Grimes pregnant with her second child! Know about her net worth in 2021 and few quick facts
Tags : Actress Duchess of Sussex