Mekhi Phifer is an American actor who has also achieved considerable fame as a director, producer, and rapper. Mekhi Phifer is married to Reshelet Barnes

Mekhi Phifer is a married man. Previously, he married Malinda Williams in 1999, the couple has a son named Omikaye Phifer. Unfortunately, the marriage didn’t last long and they divorced in 2003.

He was in a relationship with Oni Souratha, the couple has a son named Mekhi Thira Phifer Jr. But this affair also ended. 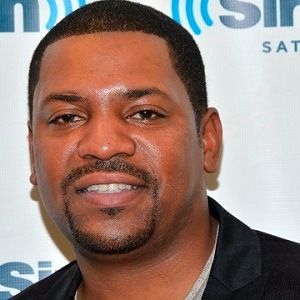 I know a lot of people who are weak, who are in a perpetual cycle of poverty and being locked up. There are guys from my neighborhood who are in jail or who are dead. It does take a certain strength to know your environment and say, 'I can grow beyond it.'

I love kids, outings, camping, sports, Legoland, all the Daddy stuff. I love it. I wish I could just do that, but I have to work, too.

I grew up in a rough environment. You want to be strong and have your presence felt out there. That attitude reflects how people see you.

I'm an avid watcher of the Nat Geo channel, where I watch shows about how the planets are formed, and shows about moons, quasars, black holes.

Who is Mekhi Phifer?

Mekhi Phifer is an American actor who has also achieved considerable fame as a director, producer, and rapper.

In fact, Mekhi Phifer was a regular on the Fox crime show Lie to Me in the role of Ben Reynolds before season three, and also starred as CIA agent Rex Matheson in Torchwood: Miracle Day.

Mekhi Phifer was born in Harlem, New York City, New York, the United States on December 29, 1974, and he is currently 45 years old.

His father’s name is unknown and his mother’s name is Rhoda Phifer (schoolteacher), she took care of the boy as a single parent. She was a very committed mother and it never affected Mekhi that he could never meet his father.

He has a brother named, Fernando Cameron. Mekhi holds American citizenship and mixed (African-American) ethnicity. His birth sign is Capricorn.

He completed his high school graduation from the Lincoln Square Auxiliary Services High School with good grades. Then, he enrolled in the electrical engineering program at the reputed State University of New York in New Paltz, New York City.

On talking about his profession, during 1994, Mekhi Phifer attended an open casting call for director Spike Lee’s Clockers, beating over a thousand others to get the lead role as a narcotics dealer embroiled in a murder cover-up.

He followed that role with another in the comedy spoof feature High School High and continued by co-starring in the horror film I Still Know What You Did Last Summer, starring with Jennifer Love Hewitt and Freddie Prinze, Jr.

Unfortunately, Phifer left the show in September 2008, in the first episode of Season 15. Additionally, he also received additional notice for his performance opposite singer Beyoncé Knowles (from Destiny’s Child) on MTV’s alternative take on the Carmen legend with the movie Carmen: A Hip Hopera (2001). During 2009, Phifer began a guest-starring arc on the Fox drama Lie to Me.

Besides that,  Phifer starred as Agent Collins in the fourth season of White Collar. Hence, Phifer also made a guest appearance on the sitcom series Husbands in its second season. In fall 2016, he joined the TV series Frequency as a series regular.

There is no information regarding his income, salary. But his net worth is estimated at around $8 million as of 2022.

This actor hasn’t been linked to any known controversy, rumors, and legal issues. He is far from rumors and controversies.

Mekhi Phifer has a height of  5 feet 10 inches. Additionally, he weighs 82 Kg. His hair color is black and his eye color is brown.

James Arness
Tags : ‘A Day in the Life’ ‘This Christmas’ American Actor