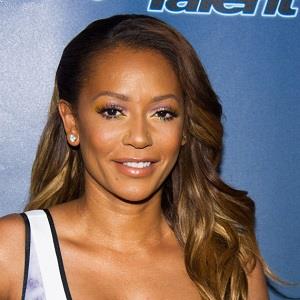 Facts of Mel B

I know I'm not everybody's cup of tea. I'm just me

I collect art. I just recently bought two gorgeous photographs of Marilyn Monroe by international photographer Eve Arnold and I know it sounds horrible but when she dies all her pictures are going to be worth triple. But I won't tell you how much I got them for - let's just say it was a lot

I'm always down for a Spice Girls reunion. I love the Scary hair and platforms. Any time of day or night I'll be there.

Relationship Statistics of Mel B

Mel B has been married and divorced twice in her life. Her first husband was the Dutch dancer Jimmy Gulzar.  The couple began dating each other while on the Spiceworld Tour in 1998. The couple got engaged on 13 May 1998.

They got married on 13 September 1998, in Little Marlow, Buckinghamshire. She gave birth to her first child, daughter Phoenix Chi Gulzar in February 1999. Brown filed for divorce in 2000, and the divorce was finalized later the same year. She dated the Hollywood actor Eddie Murphy in 2006. She gave birth to her second daughter Angel Iris Murphy Brown with Eddie Murphy. They ended their relationship in early 2007.

After that, Brown began dating film producer Stephen Belafonte in February 2007. Brown and Belafonte secretly married on 6 June 2007 in Las Vegas, Nevada. The couple has a daughter named Madison Brown Belafonte in September 2011.

The couple separated in December 2016 and she filed for divorce from Stephen Belafonte in March 2017. She was also involved with other big names. She also was having a lesbian relationship with Christine Crokos in 2005. More of such lesbian relationships have come to light.

Mel B is a famous English singer and songwriter. She is also a television personality, dancer, actress, author, and model. She is best known as a judge on America’s Got Talent. Previously, she performed with the Spice Girls. She has appeared in numerous TV films and programs.

Mel B was born on 29 May 1975, in Leeds, West Yorkshire, England. Her birth name is Melanie Janine Brown. She is the daughter of Afro-Nevisian father, Martin Brown and English mother, Andrea Brown. Her nationality is British and she is of Afro-Nevisian and English ethnicity. She studied performing arts at Intake High School, in Leeds. Before fame, she worked as a dancer in the holiday resort, Blackpool, Lancashire.

Mel B: Career, Salary, and Net worth

Mel B began her career as a singer with the band Touch. In 1994, she along with Mel C, Geri Halliwell, and Victoria Beckham responded to an advertisement in The Stage magazine and formed a band named Spice Girls. She worked with the band for five years and left the band in 1999.

She made her acting debut playing Amy Nelson in an episode of Coronation Street. In 1998, she lent her voice to the character Lola in Creche Landing. In 2005, Melanie released her solo album, “L.A. State Of Mind“, featuring the single “Today”.

In September 2007, Brown joined the fifth season of the US television dance competition, Dancing with the Stars. She was placed second in the competition. In January 2010, she became the new host of Oxygen’s weight loss show Dance Your Ass Off. She became the judge on the talent show The X Factor UK in 2012. She still works as the judge in the show. She has been working as a judge on America’s Got Talent since 2013. She has been presenting Lip Sync Battle UK since 2016.

Her movie Chocolate City: Vegas is under post-production. She has been a very successful person in her career and she has earned a huge amount of popularity and wealth as well. She had a net worth of 33 million dollars, but her salary is unknown.

However, Mel B has splurged on her $ 50 million fortune and presently is broke with a nasty divorce court battle ongoing. She has booked a mansion in the USA and paid the initial deposit. But due to lack of money, she now has to ask for money from her friends to make the complete payment towards the house possession.

Mel B: Rumors, and Controversy

.Mel was dragged into a controversy due to her relationship with Hollywood actor Eddie Murphy in 2006. Once in an interview, she said, “People call me lesbian, bisexual or heterosexual, but I know who’s in my bed and that’s it. I have a huge libido and a great sex life”, for which she was highly criticized by her fans and other people.

Mel B cannot take her daughter Madison out of Los Angeles for Christmas vacation!

Is the controversial bisexual Mel B in a lesbian relationship with Jess Glynne?