This Is Us actor Melanie Liburd was also starred in the HBO series Game of Thrones. 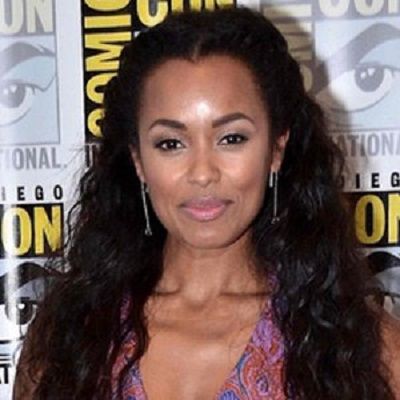 There is not much information about Melanie’s personal life and dating history. However, according to posts on her social media accounts, she is married. Liburd is married to a man named Benny Taylor, an actor. However, the date of marriage and other details remains unknown.

Who is Melanie Liburd?

Melanie Liburd was born in Hertfordshire, England on November 11, 1987. Currently, she is 32 years old. She is the daughter of Georgia Liburd, a Realtor, and Michael Liburd who is a Material Arts Expert.

Moreover, she has two brothers named Marc Liburd and Leon Liburd. In addition, she is of British nationality and belongs to a mixed ethnicity(Kittitian and English).

Melanie studied Art and History and graduated with a Bachelor of Arts degree in Fashion Design. However, the college from where she obtained her degree is yet to be known.

In 2009, Liburd made her debut on the small-screen TV movie ‘The Selection’. In the movie, she portrayed Fiona Castley who was one of the girls competing for the prince’s hand.

Moreover, in 2012, she portrayed a character named Asmara in two episodes of the third season of the British/American action-adventure drama titled ‘Strike Back’.

Similarly, her next role was in a 2013 episode of the horror drama called ‘Dracula’. The same year, she also starred in the TV film ‘What Would Dylan Do?’

2015 proved to be a big year in Melanie’s career. That year, she made her big-screen debut in ‘Runaway Island’. In the film, she portrayed the character ‘Kira Geoffries’. The same year, she also landed her first major role on TV.

She got the role of the recurring character Ivy Dexter in the comedy show, ‘The Grinder’. Even though it was canceled after one season, it received positive opinions of both critics and viewers. Later the same year, she portrayed the character, ‘Amanda’ in the fantasy drama ‘How Sarah Got Her Wings’.

In 2016, she played the role of a red priestess in the episode ‘No One’ of world popular fantasy drama ‘Game of Thrones’. Moreover, the same year, she also became part of the cast of ‘Dark Matter’. After that, she became a series regular in the second season and made guest appearances in the third season.

In 2017, she landed a role in Netflix’s psychological thriller ‘Gypsy’. She portrayed the character, Alexis Wright. Moreover, she also played in ‘Brian Banks’.

Moreover, she became a member of the ‘This Is Us’ cast in season two. However, it was just a guest appearance. She was promoted to a series regular in season 3. She portrays Zoe Baker.

Her exact net worth still remains unknown. However, according to some notable online sources, Melanie has an estimated net worth of around $2 million. However, her annual salary is still under review. Her primary source of income is acting.

There are no rumors about Liburd. Similarly, there is no controversy surrounding her.

Tags : "This Is Us" Actress Dark Matter

Swiss-American actress, Melia Kreiling an actress from Tyrant, The Last Tycoon. Her rise to fame from Guardians of the Galaxy!