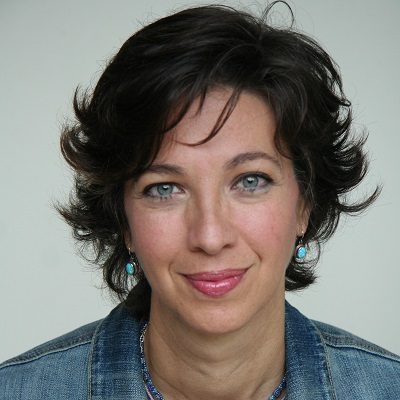 Melanie Marnich is married to Lee Blessing. Her husband is also a playwright better known as the for his play, A Walk in the Woods.

The couple prefers to keep their personal life behind curtains. Till the date, she has not shared any details about her wedding. As of now, the couple is leading a happy life with no rumors of separation and divorce.

American Melanie Marnich is Golden Globe-winning writer, playwright, and producer. She is renowned as the writer of the TV series, Big Love.

Currently, she is working in the script of the TV series, The Expatriates. Currently, the series is in the stage of pre-production.

Melanie Marnich was born in Duluth, Minnesota to Mike and Mary Marnich.

From the university, she earned a master’s degree in Fine Arts majored in playwright.

Melanie Marnich started her career as a copywriter. At the time, she used to work for the advertisement agency.

After graduation from UCSD, she resumed her career as a playwright. At the time, she wrote the play, Quake based on controversial topics like infidelity and strong same-sex attraction. The play premiered in e Actors Theatre of Louisville’s Humana Festival of New American Plays.

At the same time, her other play, Blur was being premiered at Manhattan Theatre Club. Moving forward, she wrote for the plays like Tallgrass Gothic, Cradle of Man, These Shining Lives, and A Sleeping Country.

For her contribution to the theater, she received the awards like Francesca Primus Prize, the Carbonell Award, Samuel Goldwyn Writing Award, and many more.

After a successful career as a playwright, she expanded her career in the TV sector as a writer and producer. As a writer & Producer, she debuted on TV with the HBO’s show, Big Love. Also, she was one of the story editors of the series. For the series, she was even nominated for WGA Award too.

After the series, she produced and contributed the script of the series like Low Winter Sun, The Affair, and The Son. As of now, she is busy with her upcoming series, The Expatriates. She signed the deal with Amazon as an executive producer.

Also, she has stayed from any type of rumors related to her.

Melanie Marnich has blue eyes with brunette hair. She has a decent height and weight. However, details on her body stats are not available.

You may also read the bio of Peter Lenkov, Kim Barnes, and Campion Murphy.