But, the duo could not give their relationship proper direction and ended with divorce in 1978. After that, she has not been linked with anyone and she is enjoying her single life 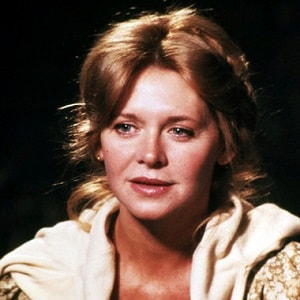 Who is Melinda Dillon?

Melinda Dillon is a popular two times Oscar-nominated American actress. She is famous for her role as Jillian Guiler in ‘Close Encounters of the Third Kind’ in 1977, and Teresa in ‘Absence of Malice’ in 1981.

She was born on October 13, 1939, in Hope, Arkansas, USA. Her birth name is Melinda Ruth Dillon and she is currently 82 years old.

Dillon holds American citizenship but her ethnicity is unknown.

Talking about her education, she attended Hyde Park High School in Chicago. She also studied acting at the Goodman Theater School and with Lee Strasberg.

Melinda Dillon started her career as Honey in the original 1962 Broadway production ‘Who’s Afraid of Virginia Woolf’. After that, she made her appearance in ‘You Know I Can’t Hear You When the Water’s Running’ and in ‘Story’.

She debuted her film career in 1969 from the film ‘The April Fools’ and later appeared in television series ‘Bonzana’. In 1976, she co-starred with David Carradine in Woody Guthrie ‘Bound for Glory’.

She was also nominated for the Golden Globe in the Best Female Acting Debut and for Oscar in a Best Supporting Actress.

The multitalented actress has an estimated net worth of around $7 million as of 2022, and she has accumulated that sum of money from her professional career.

The actress likes to keep her personal information within herself and does not want to harm others. Therefore, she has not been involved in any types of rumors and controversies in her career.

Melinda Dillon has a height of  5ft. 8 inches and she weighs 59 kg.