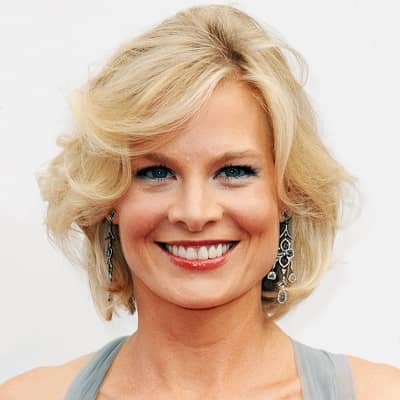 Source - how to get away with Murder.fandom.com

What is the relationship of Melinda Page Hamilton?

Melinda Page Hamilton is a very secretive person when it comes to her personal life. Her marital status is married but she hasn’t yet revealed the identity of her husband. She has also a daughter named Georgia who was born around October 2011.

Who is Melinda Page Hamilton?

Melinda Page Hamilton is an American actress by profession. She emerges the fame after portraying the role of Odessa Burakov in the comedy-drama series Devious Maids aired on Lifetime.

Currently, she is filming for the upcoming post-production television series The Peripheral which is based on the 2014 book of the same name written by William Gibson. The series is set to release in the year 2022.

Melinda was born in New York City on the 22nd of August 1974. She holds an American nationality and belongs to the Caucasian ethnicity.

The name of her father is Frank Hamilton whereas her mother’s identity is unknown at the moment. Also, there is no detail available regarding her siblings.

Talking about her academic history, she enrolled at Princeton University. Later on, she joined the Tisch School of the Arts at New York University.

Melinda started her career as a theatre artist. She played the role of the title character in the original stage production of Cornelia written by Mark V. Olsen. In 1997, she made her television debut in an episode “Denial” of NBC legal drama Law & Order. Afterward, she guest-starred in numerous television series such as Star Trak: Enterprise (2003), CSI: Miami (2004), Everwood (2004), Numb3rs (2005), and Nip/Tuck (2005), and more.

Similarly, she made her big-screen debut in the 2004 French-Israeli film Promised Land where she portrayed the role of Marisa. She was cast as Amy in the 2006 romantic black comedy film Sleeping Dogs Lie.

Furthermore, she appeared in several notable films and television series such as,

Melinda was nominated for Breakthrough Actor in Gotham Independent Film Award for her role as Amy in Sleeping Dogs Lie in the year 2006.

To date, Melinda hasn’t been part of any sorts of rumors and scandals that could create a huge buzz in the media. She stays miles away from such controversy that could hamper her personal and professional life.

Melinda has accumulated an impressive amount of net worth throughout her acting career. She has an estimated net worth of around $1.5 million as per other online sources of 2022. Moreover, she hasn’t revealed her salary and other income to the media.

She has blonde hair color with beautiful blue pair of eyes.