Updated On December 4, 2022 | Published By: Neil Richard | In Anime/Fictional Characters
Share this 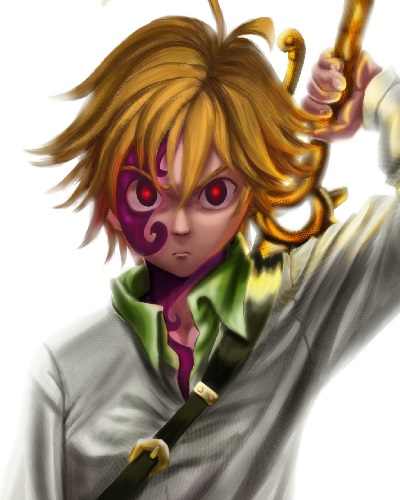 Know the Voice Actor of Meliodas

– The Japanese Voice actor and singer, Yuki Kaji is currently contributing his voice to the character. He is popular for voicing the series including Inazuma Eleven, Fairy Tail, and Demon Slayer: Kimetsu no Yaiba. Currently, he is working with the talent agency, VIMS.

– The English Voice artist, Bryce Papenbrook plays the character, Meliodas. He is particularly famous for lending his voice to the young male protagonist of the series. Recently, he voiced the character, Fujita in the Japanese Manga series, Dorohedoro.

The exact birth age of Meliodas is not known. Currently, he is presented in the form of a child. Despite being a child, he is older than 3000 years. Also, he has a younger child, Zeldris. Zeldris bears the sigil of Piery.

Currently, he is the leader of the ten Commandments. However, the two brothers have a very sour relationship with each other as Meliodas betrayed the demon king who happens to be their father. Their father, Demond Kind till wishes his eldest son to be the new demon king.

Meliodas is extremely in love with Elizabeth Liones. Elizabeth is originally from the Kingdom of Danafor. Later, Baltra Liones, King of Liones adopted her making the princess of Liones.

Meliodas has been in love with Elizabeth since her previous life. In her previous life, Elizabeth was a Goddess named Liz and daughter of the Supreme Deity of the Goddess Race. The forbidden love between the Meliodas and Liz led to Elizabeth’s death and the Holy War.

The Princess, Elizabeth Liones happens to be the 107th reincarnation of the Goddess, Liz. When the Kingdom of Danafor was destroyed, At the time, Meliodas saved her and the Dragon Handle. First, he was very protective of Elizabeth. Later, he left her under the protection of the Baltra and his wife as the princess of the kingdom.

– Full Counter- The ability full counter happens to be his signature ability. This ability allows him to reflect the magical powers of his opponents with far greater force and powers. However, the attacks don’t have any effect on the physical attacks.

– Master Swordsman- He happens to be a master when it comes to using swords.

– Hand To Hand Combat- Apart from being a master swordsman, he is also a master of Hand-to-Hand combat. However, in its latest series, his younger brother, Zeldris easily defeated him on hand to hand combat.

– Assault Mode- Assault Mode is one of the most powerful forms of Meliodas which is activated when he finds himself surrounded by desire and sadness. There is a higher possibility that the destruction of the Kingdom of Danafor happens to be the result of his Assault Mode.

– Lostvayne- The Demon Sword, Lostvayne is the secret treasure that the captain Meliodas possesses. The king, Barta entrusted him with the sword. He possessed the sold for around 10 years. Later, he sold it to make money to start Boar Hat. Using the sword’s special ability, Jitsuzō Bunshin can clown himself.

Also Read 10 Least Shown Characters of the Black Clover Only True Anime Fans Notice. Are You An Anime Lover?

He has Emerald-colored eyes with blonde messy hair. Similarly, he stands at a height of 5 feet and has a decent weight.

He puts on a white shirt with white trousers. Also, he wears a black outer with black shoes. He puts on a red tie. During the assault mode, he is wrath black flames. 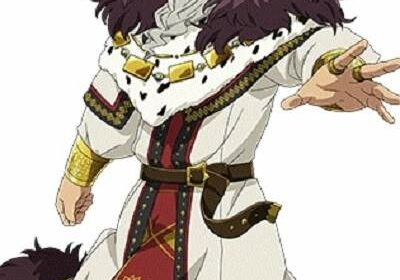