Who is Melissa Barrera married to ?

Currently. Melissa Barrera is in a happily married relationship with her husband, Paco Zazueta, a musical artist. The couple officially got married in February 2019.

Firstly, the couple met on the sets of the reality show, ‘La Academia in 2011 and started dating at the end of the same year.

The couple does not have any children together. Further news of their relationships will be updated from time to time. 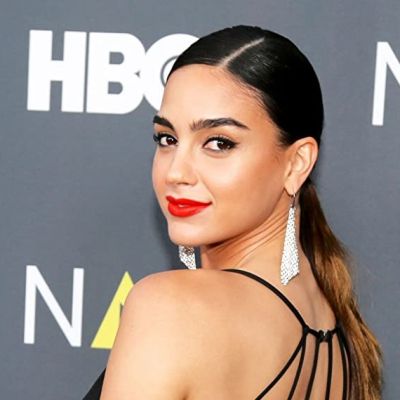 Who is Melissa Barrera?

Melissa Barrera is a famous Mexican actress and singer. She is well known for her roles in the television soap opera, ‘Siempre tuya Acapulco’ in 2013, ‘Tanto Amor’ in 2015, and the series, ‘Club de Cuervos’ in 2017.

She has also appeared in the horror movie, ‘Scream’ in 2022 and in the drama series, ‘Vida’ from 2018-to 2020 which has gained her worldwide recognition.

Melissa Barrera was born in Monterrey, Nuevo Leon, Mexico on 4 July 1990. Barrera is 31 years old as of 2022 and holds a Mexican nationality.

Her ethnicity is Caucasian and Cancer is her birth zodiac sign according to the astrological chart. Melissa Barrera Martínez is her full birth name.

Tomas Barrera is her father’s name while Rossana Martinez is her mother’s name.

While attending the American School of Foundation of Monterrey she actively took part in the school’s musical productions including MUN’s Voices, Grease, Aida, and Footloose.

She debuted on the small screen by appearing on the Mexican reality show, ‘La Academia ‘ in 2011, where she revealed her singing talent.

In 2013, She performed a duet with Melissa y Sebastian and recorded her first duo album. Their first single, ‘Mamma Maria’ a cove of Richie e Poveries song from the 1980s got in the top ten radio hit list.

By collaborating with Kalimba, a Mexican singer with whom she recorded the theme song titled, ‘Volver acaer’ in 2015 for her telenovela named, ‘Tanto Amor.’

In 2014, she starred with a major role in the telenovela titled, ‘Siempre tuya Acapulco’ and TV Aztecas’s ‘Tanto Amor.’ In 2018, she played the main role of Lyn in the stars’ drama series titled, Vida.

Likewise, she appeared as Sam Carpenter in the American Slasher movie, ‘Scream (Scream 5)’. On 14 January 2022, Matt Bettinelli Olpin and Tyler Gillett’s directed this movie was released.

In John M.Chu’s movie, ‘In the Heights’ she played the role of Vanessa, an ambitious fashion designer. The movie gained global critical acclaim, with Monica Castillo of ‘The Wrap’ appreciating Barrera’s performance: Vanessa’s upbeat salsa anthem, ‘It won’t Be Long Now’ is possibly among the most undervalued sequences.

It is apparent that Melissa Barrera is able to garner a good amount of net worth around 2 million USD as of 2022. She is living a lavish lifestyle but there is no further accurate info regarding her salary and income.

Melissa Barrera stays out of the spotlight which has not involved her in any kind of unnecessary rumors and controversies.

Melissa Barrera is 5 feet 7 inches tall weighing around 55 Kg. Her body dimensions are 35-25-35 which indicates her waist size is 25 inches while her bust and hip size are 35 inches.

Moreover, she has beautiful fair skin with brown colored hair and eyes of the same color.

There is an official Facebook page under her name, Melissa  Barrera which has garnered around 446 K followers. Tiktok account under her name has over 83.6 K followers and she has posted only three videos till April 8, 2020.