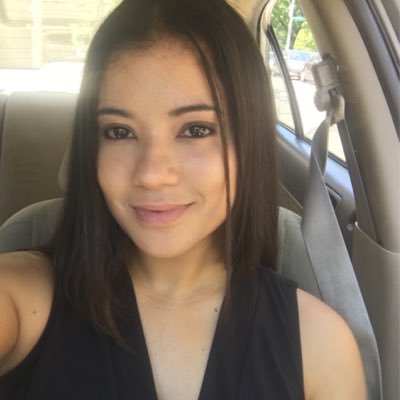 Who is Melissa Estrella?

Melissa Estrella is an American YouTuber who is popular for its channel Melissa & Logan. Similarly, she collaborates with her boyfriend Logan Beell on a number of prank and challenge videos as well as vlogs.

She was born on April 27, 1998, in Seattle WA the United States. Her birth sign is Taurus. She has a siblings brother Jesus Lugo-Estrella who she has featured in one of her YouTube video called “THE CRAZY STORY MY BROTHER TOLD US.”

Estrella holds American citizenship but her ethnicity is unknown.

She joined schooling in Washington and completed her education from there.

Initially, Melissa worked at a Tommy Hilfiger store an later opened a YouTube channel but no information when and how she started her professional career. In the beginning,

She created a YouTube channel along with her boyfriend Logan and began to run their YouTube Channel Mellissa & Logan. The first video on YouTube has more than 338 thousand views, “Celebrity smash or pass challenge!! (GONE WRONG),”.

They often upload videos every week related to prank as well as challenges videos as their contents. The couple uploaded a video about their new dog, “MEET OUR NEW PUPPY!! *EXCITING*” as a recent one.

Similarly, one of their YouTube videos, they also feature her brother Jesus Lugo-Estrella, “THE CRAZY STORY MY BROTHER TOLD US” and their YouTube channel is named Melissa & Logan and has more than 650,000 subscribers.

Similarly, Estrella uploaded her first picture to Instagram, a selfie, in April of 2015. Now she has more than 23 thousand followers on her Instagram. She also traveled to Greece and Italy in the early parts of 2016.

She has an estimated net worth around $500 thousand as of 2019 which she earned a hefty amount of money from her career.

She has not shared any children with her boyfriend however she uploaded a prank video titled “24 HOURS BEING PREGNANT CHALLENGE!!” in which she showed off her fake baby bump in September 2019.

It helps to spread the rumors about her pregnancy but the video is just a prank video made for the purpose of entertainment.

She stands a height of 5 feet 2 inches tall and she has an appealing body with slim figure. Also, Mellissa has black hair with brown eyes color.