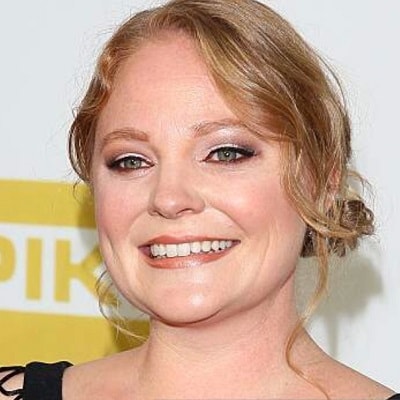 Melissa Hutchison might be currently single. As she has not revealed anything about her relationship status. Also, she has not been linked with any other celebrities neither in the past nor in the present. She is currently busy on her career rather than being in a relationship.

Who is Melissa Hutchison?

Melissa Hutchison is an American voice actress who is well known for her voice role as Clementine in ‘The Walking Dead’ game series.

She was born on October 24, 1975, in Springfield, Missouri, USA. Melissa was born as Melissa Louise Hutchison and she is currently 43 years old. She has not provided any information regarding her siblings, children, and childhood.

Melissa holds American citizenship but her ethnicity is unknown.

She has not disclosed any information about educational institutes she attended.

She was awarded the Best Performance by a Female at the 2013 Spike Video Game Awards for her voice as Clementine in ‘The Walking Dead’ series.

She must have earned a huge sum of money from her voice acting career however, she has not revealed her exact net worth, salary, and income.

Melissa has been successful in keeping herself far from rumors and controversies in her personal and professional life.

He has a height of 5 ft. 2 inches and has green eyes and blonde hair. But, other information regarding his weight, shoe size, dress size, etc. are not available.