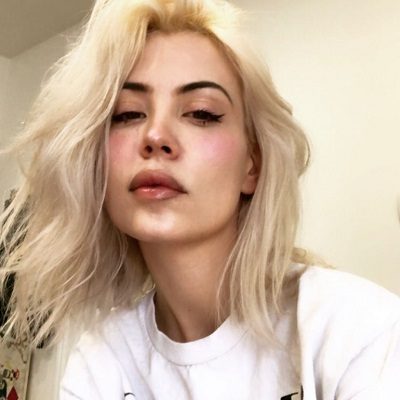 Melissa Lingafelt is in a relationship with Louis Sklar. They started dating back in 2010. Till the date, the couple is leading a happy relation.

After dating for around three years, they broke up with each other in a bad note.

American Melissa Lingafelt is an actress and singer. She is renowned as the junior girl of the movie, College.

Last, in July 2020, she released her single, Pesos on SoundCloud.

Melissa Lingafelt was born on the 20th of December 1989 in Charlotte, North Carolina. Her birth name is Melissa Gayle Lingafelt.

She is of British-Irish ethnicity. As of August 2020, she is 30 years. Also, her zodiac sign is Sagittarius.

Till the date, she has not shared any details on his father and mother. She has two siblings named Kyle and Mackenzie.

Talking about her educational background, she was homeschooled. Also, she received a full scholarship at High Point University in North Carolina. In the university, she was planning to study international business.

In the beauty pageant, she was even voted as the Miss Photogenic too. In the year, she made debut with the short movie, Drake Bell: I Know as a girlfriend.

Prior to beauty pageants, she worked in raising funds for the differently able children charity view. In 2008, she featured the movie, College. In the comedy-based movie, she appeared as a junior girl.

Apart from acting, she also worked as a model. As a model, she also signed to promote Ford Model with the FORD/Robert Black Agency.

In 2016, she uploaded her debut singles, Tell Me The Reason on SoundCloud. The single has around 6.2k plays. Following the singles, she uploaded the song, Seventeen.

The song with 11.3k plays became the initial milestone. Some of the most played songs on the platform include Losing Feeling, In My Mind, and Rainbows above 11k plays.

In 2017, she released the song, Too Much featuring the rapper, Lil Tracy. The song has around 131k plays in making the songs highest played on the platform.

Apart from that, she also makes through the royalties of her music singles too.

The actress-singer shared a TikTok video via her TikTok account. In the video, she accused her ex-boyfriend, Drake Bell to abused her. She mentioned in the first year of her relationship, Drake used to abuse her verbally.

However, the matter got worst as time passes. She was started being physically abused. Apart from that, she also shared screenshots of direct messages that she received after posting her story. In one of such messages, the writer whose name was covered accused Drake being physical with 15 years old person when he was 20.

However, the actor, Drake has denied the allegation. In his statement, he told that he called her by terrible names but never abused any of his girlfriends.

Melissa Lingafelt has brown eyes with light ash blonde hair. She stands at a height of 5 feet 9 inches and has a decent weight.

Also, she is active on TikTok with the handle, @jimiono with over 217.9k followers, and around 3.1 million likes.

You may also read the bio of Meghann Fahy, Keenan MacWilliam, and Bingham Hawn Bellamy.