Melissa McCarthy is one of Hollywood's most bankable comic stars. She is married and a mother of two. 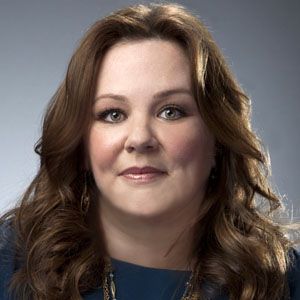 More eccentric characters can push pretty far, but if you stay on the side of reality, it's always funnier

I think the whole reason I act is because it's much more fun to be somebody else. I'm pretty boring

Funny is funny, and it can come in 8 billion different shades and flavors, so I think it's silly to kind of limit it

Melissa McCarthy is a married woman. She is married to an American actor Ben Falcone. The couple tied the knot with each other on October 8, 2005. They have two daughters, Vivian (b. May 5, 2007) and Georgette (b. March 22, 2010). The couple lives a happy married life.

There is no information on Melissa’s previous relationships.

Who is Melissa McCarthy?

Her famous roles are as Sookie St. James on the Gilmore Girls, Dena on Samantha Who?, Molly on Mike and Molly, as Megan Price in the comedy movie Bridesmaids, and many other TV series and movies. McCarthy started her clothing line, Melissa McCarthy Seven7 in 2015.

Her father Michael is of Irish origin and her mother has mixed English, German, and Irish ancestry. She was raised in a Catholic family.

Melissa McCarthy attended the St. Francis Academy (now Joliet Catholic Academy) in Joliet, Illinois, and graduated from the same. She then moved to New York where she initially worked as a stand-up comedian.

She also received her training at The Actor’s Studio performing for stage productions until she moved to Los Angeles in the late 1990s.

Melissa started her career as a stand-up comedian doing shows at various stage productions in New York. She appeared on the TV shows and series in 1997 NBC comedy series called Jenny.

In 1999, she made her debut in a feature film called Go. Her role in the movie was a minor role but it led her to other movies like Drowning Mona, Disney’s Kid, Charlie’s Angels to name a few.

From then onwards Melisssa never had to look back. Suddenly she started appearing everywhere from motion pictures to tv series she grabbed them all and just own them.

Whether it be her role as Molly in the CBS sitcom Mike and Molly or the 2011 comedy film Bridesmaids or the 2013 crime comedy Identity Thief she simply nailed each role and even won numerous awards and nominations for her outstanding performance.

In 2015 Melissa started her own clothing line called Melissa McCarthy Seven7. It was originally intended for oversize women. The idea was a super hit and it made amazing sales in the very first month of its opening and continues to serve to the present day.

Melissa McCarthy has been nominated many times for her outstanding performance as an actress in comedy films and TV series. She got nominated and won numerous awards like the Academy Awards, the BAFTA Awards, Primetime Emmy Awards, Screen Actors Guild Awards, Critics’ Choice Movie Awards, Kids Choice Awards, MTV Movie and TV Awards, Peoples Choice Awards, and many more for her outstanding acting capabilities in movies and TV series like Mike and Molly, Bridesmaids, Ghostbusters, Identity Thief, Spy, and others.

Melissa McCarthy’s salary is not constant. Her estimated net worth is $90 million.

Due to her more than an average-sized body, Melissa McCarthy is often criticized or gossiped about her massive personality. Nevertheless, she never took those remarks personally and only made her stronger.

Melissa McCarthy is five foot and two inches tall and weighs 88 kilos. She has light brown hair and her eyes are green. Her vital stats are 43-38-45. She wears a shoe size of 9 (US). Her dress size is unknown.