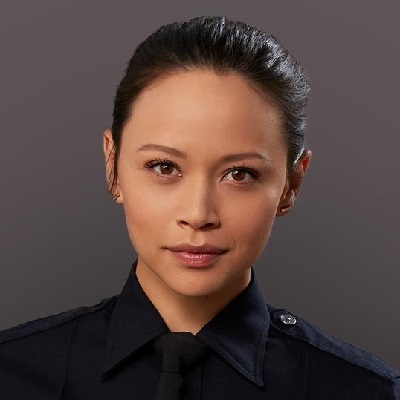 Melissa O’Neil is not married yet and isn’t dating anyone. So she is single now.

In 2015/2016, Melissa began posting photos of her and a certain Daniel Birnbaum adding phrases like “I love you” in the caption of almost every post. But she disclosed that they were only good friends.

Who is Melissa O’Neil?

Melissa O’Neil first rose to fame as the first woman to win the Canadian Idol in the 2005 third season. In addition to working on her musical career, Melissa who started out as a theater actress has branched fully into acting. She is popular for her role as Two/Portia Lin on Dark Matter.

Melissa Crystal O’Neil was born on July 12, 1988, in Calgary, Alberta. Her father’s name is Tim O’Neil and mother’s name is Alison Yeung. Melissa is of Irish and Chinese ethnicity and belongs to Canadian nationality. Her maternal grandpa gave her the Chinese name Oh Seeman.

With an early passion for entertainment, Melissa was involved in many theater productions within the Calgary scene. She was working at a daycare center when she decided to audition for the third season of American Idol. Finally, she was the winner making her the youngest and first female to win the Canadian Idol.

As part of her winning prize, Melissa signed a recording deal with Sony BMG Canada and released her debut single “Alive”.The single received a platinum certification from the CRIA and has since been certified four-times platinum. The successful single was succeeded by her debut studio album Melissa O’Neil released on November 22, 2005. Moreover, in support of her album, O’Neil embarked on her debut tour the Let It Go Tour which covered North Bay, Ontario.

Melissa made her feature film debut in 2010 starring in Broken Hearts. In 2011, she made her Stratford Shakespeare Festival debut. She also had a guest role on Camelot. At the Princess of Wales Theatre, Melissa played in a sit-down production of Les Misérables in Toronto. And her portrayal of the role of Eponine also earned her the Dora Award for Outstanding Female Performance.

She then reprised her role in the Broadway production of Les Miserables. Her outstanding works on stage then got her the role of Two/Portia Lin in Canadian science fiction series Dark Matter which premiered on June 12, 2015, on both Space and Syfy. During the same period, Melissa also got a recurring role in Rogue. After three seasons and 39 episodes, Syfy canceled the series on the 1st of September 2017.

In 2007 she receives her name in the nomination for the Juno Award for Best New Artist. She won the Dora Award for Outstanding Female Performance.

The actress has a net worth of $8 million. The information about her salary and other earning is unknown.

Melissa O’Neil has maintained a good relationship with all other people in her professional and personal life.

Melissa O’Neil stands with a height of 5 feet 4 inches. And the singer weighs 53 kg. Talking about her body measurements, its 33-24-33 inches. Furthermore, she has dark brown colored hair and brown colored eyes.