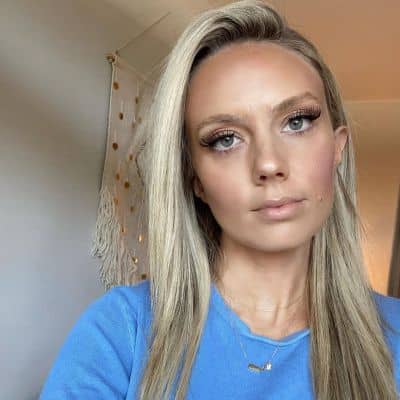 Talking about love life, Melissa Ordway is living a blissful married life with Justin Gaston. Justin is a well-named singer and actor who is best famed for being the participant of the 6th season of Nashville Star. The couple started dating each other at the time of the shooting of Escapee in 2011.

Finally, the duo tied the knot on 22 September 2012. Presently, they live a happy life in Los Angeles along with their two daughters.

The couple adopted their first daughter, Olivia Christine Gaston on 20 April 2016. Similarly, they welcomed their second daughter, Sophie Jolie Gaston on 9 December 2017. Freshly, her elder daughter had to undergo surgery on her arm in August 2020.

Melissa often posts her family photos and videos on her Instagram handles.

Who is Melissa Ordway?

Melissa Pam Gaston, popularly known as Melissa Ordway is a well-recognized American actress as well as a model. Ordway is best famed for 17 Again (2009), A Very Harold & Kumar 3D Christmas (2011), and Ted(2012).

Moreover, she is also known for her role as Abby Newman on the CBS soap opera The Young and the restless.

Melissa Ordway was born on 31 March 1983. At present, her age is 38 years old. Likewise, her birthplace is Atlanta, Georgia, the USA.

Melissa is the daughter of her father, John Ordway whereas her mother is Christine Ordway. As per sources, it is known that she is the only child of her family.

Talking about her nationality, Ordway holds an American identity whereas her ethnicity is Caucasian. Also, she follows the Christianity religion.

Regarding education, the star attended her higher education in Snellville, Georgia. In advance, she studied at Georgia State University. She is an associate of the Delta Zeta sorority. During her university days, Melissa was selected to participate in a reality show on MTV known as The Assistant.

After winning the reality show, Melissa Ordway pursued her career in the field of acting and modeling. Though she had debuted in the acting industry at an early age. Ordway has emerged in many stages of performance such as Beauty and the Beast, The Women, A Midsummer Night’s Dream, and so on.

Furthermore, she has emerged in MTV shows “The Assistant” and become the winner. Additionally, Ordway made a contract with Nous Model Management. Being a model, Melissa has emerged in Skechers’ Old Navy, Fabrizio Gianni, David’s Bridal, Anchor Blue, and Tillys. In 2006, the actress performed the role of Roller Goddess in the movie, “Friendly Fire” as Roller Goddess.

Additionally, she also gave her lead role on television on a comedy-drama TV series Privileged in 2008. Ordway gave her performance in eight episodes of the series. Apart from this, she has performed in popular series like Entourage, How I Met Your Mother, Cold Case, and The Chicago Code.

Similarly, the popular actress has made a remarkable role in 17 Again, and A Very Harold & Kumar 3D Christmas. Freshly, Ordway has played in Odd Thomas and The Outsiders. Presently, she is the lead actress portraying the role of Abby Newman in an American TV soap opera,  The Young and the Restless. Ordway has been playing there since 2013.

Active star, Melissa has earned handsome money from her profession working as an actress and a model. She has been active in her profession from 2004 till now.

It is reported that Melissa Ordway has an estimated net worth of $2 million. Additionally, Ordway has an average salary of $39.84 which leads to $40 to $50 thousand per year.

Also, she has been part of several national campaigns and emerged in many magazines. The model has featured big brands like Old Navy, Anchor Blue, Tillys and also worked on the cover of Los Angeles Weddings and Hona Hou Magazine.

Freshly, the actress sold her Lake Balboa property for $715,000 and made a purchase of Toluca Lakehouse for $1.2 million. From her career, she is living a lavish life along with her family.

Talented star, Melissa Ordway has never been part of any controversial matter or rumors till now.

It seems that the American actress favors enjoying her personal life and does not want to merge it with her professional life.

38 years old star, Melissa Ordway has gorgeous looks as well as a charming personality. She stands at a height of 5 feet 8 inches. Also, she has a balanced body weight of 50 kg.

Furthermore, Ordway has hazel eyes whereas her hair is blonde. Her body measurement is 35-24-35 inches (chest-waist-hip) respectively.

About her social media presence, Melissa Ordway is an active personality on social media. Melissa has more than 184k followers on her official Instagram account @mel_ordway.

She is also active on Twitter with around 67k followers.

Moreover, Ordway is also available on Facebook with nearly 107k fans and supporters.