Melissa Vilasenor is an actor, comedian, also appeared in America's got talent. Melissa is low key about her romantic life. 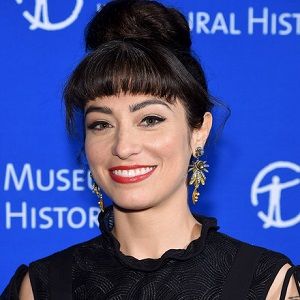 Currently, Melissa is single and is not dating or is in a relationship with anyone. No records are found about her past relationships.

Even if she is dating someone, she has not yet revealed about her boyfriend.  She is the type of the person who does not want to share much about her private life.

Who is Melissa Villasenor?

Melissa Villasenor is an American actress and standup comedian. She is a member of the cast for the forty-second season of Saturday Night Live.

She became famous from the show America’s Got Talent. Recently she appeared on the second season of HBO’s Crashing.

Although Melissa was born on October 9, 1987, in Whittier, California, United States. Her ethnicity is Mixed(Mexican-American).

She loves hanging out with her parents and my siblings. She is famous for her stand up comedies and information about the family, childhood is unknown.

Melissa grew up in Whittier, California. She went to Ramona Convent Secondary School in Alhambra, California.

At the tender age of 12, she realized that she could do impressions, voices, and sing. At the age of 15, she got started at the Laugh Factory Comic Camp.

In her early days, Melissa worked as a cashier at a retail store in Washington to follow her dream to become a full-time comedian. She became interested in performing after doing celebrity impressions at her high-school talent show.

Melissa became the semifinalist of America’s Got Talent season 6. She also has given her voice for various animated shows like Adventure Time, Family Guy and TripTank.

Recently she has appeared on the second season of HBO’s Crashing. On October 1, 2016, she was introduced as a featured player in Saturday Night Live.

An impression of Sarah Silverman was her debut act. She gained fame as a comedian due to her many celebrity impressions, including Owen Wilson, Jennifer Lopez, Barbara Walters and Sarah Silverman.

As we know Melissa Villasenor is an emerging artist so she’s currently not won any awards. Probably in the near future, she’ll accomplish her goals. If she gets recognized by the people she will definitely win awards.

It rumored that Melissa was caught deleting thousands of tweets, some of which were ‘racist and offensive’

Melissa has a decent height of 5’1 inch. She’s a Latin girl with black hair and brown eyes. Her shoe, dress and other body measurements are unknown.