Mellody Hobson is a Businesswoman who is currently the president and co-CEO of Ariel Investments. She is married and the mother of one.

Mellody Hobson is currently married. She is married to the famous director of Star Wars, George Lucas.

They began dating in 2006 after they met at a business conference and got married 7 years later on June 22, 2013. They currently have a daughter named Everest Hobson Lucas who was born 2 months after the marriage via surrogacy. Hobson is also a stepmother to Lucas’s three children from his 1st marriage.

They seem to have a strong relationship all founded on their mutual love and respect from one another and it does seem like their marriage will be going strong for many more years to come.

Apart from George however, Mellody hasn’t made information on any of her previous partners public. 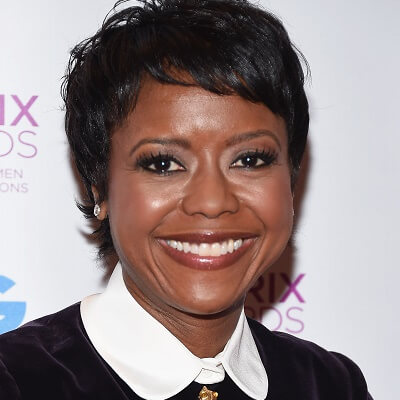 Invite people into your life who don't look or act like you. You might find they challenge your assumptions and make you grow

It's time we become comfortable with the uncomfortable conversations about race...Instead of being color blind, we need to be color brave

Don't be color blind, be color brave. Embrace diversity as a competitive advantage.

Who is Mellody Hobson?

Mellody Hobson is a successful American Businesswoman who is currently the president and co-CEO of Ariel Investments, a well-respected money management firm in Chicago. She is also famous because of her previous position as the chairwoman of Dreamworks Animation.

She is well-loved and has been a representation of African Americans in positions of power as was the case when she became the 1st African American woman to lead the Economic Club of Chicago in 2017.

Mellody Hobson was born on April 3rd, 1969, in Chicago, Illinois and as of 2021, her age is 52. She was born as the youngest of six children and was raised by her mother, Dorothy Ashley as her father was absent throughout her life.

Talking about her educational background, Hobson attended St. Ignatius College Prep in Chicago as a child. She has stated that she was obsessed with studying and even cried on days when she couldn’t go to school. This paid off later as she ended up attending Princeton University from where she graduated with a Bachelor of Arts, by majoring in South African studies in 1991.

She also worked as an intern in Ariel Investments during the time she attended Princeton and has said that the internship experience made her certain that she would be working at Ariel Investments in the future.

After her graduation, Mellody worked for a short while as a journalist but started working at Ariel Investments as she was convinced that it was the place for her. She quickly rose through the ranks to become the firm’s senior vice president and director of marketing. She introduced new ideas and strategies as in this position and because of all this, she ascended to become the president of Ariel in the year 2000. This rise in just 10 years is very impressive considering the fact that Ariel Investments manages nearly $13 billion in assets.

Apart from Ariel, Hobson serves on the board of many other organizations, including Chase & Co., JPMorgan, Chicago Public Education Fund, The Lucas Museum of Narrative Art, and the Sundance Institute. She is also a director of the well-known Starbucks Corporation and just in 2018 was named the Vice-Chair of Starbucks.

Her meteoric rise as an African American woman despite the racial prejudice in America has made her well known, well-loved, and also a role model for a lot of people. She has been acclaimed in Time’s 2015 Time 100 list; which lists the 100 most influential people in the world; Ebony magazine’s 20 leaders of the future, The Wall Street Journal’s 50 women to watch, and many more. She was also awarded the Order of Lincoln Illinois state’s highest honor by the governor of Illinois in 2018.

Hobson has not been involved in any controversies. She has been able to keep herself away from any type of controversy and scandal. So far, she has not done anything controversial in her career. Similarly, there are no rumors about her of any kind. She has simply focused on her career and personal life.

Mellody Hobson currently has an estimated net worth of $12 million as of 2022. She currently earns approximately $1 million annually because of her high-ranking positions at major corporations.

Mellody stands at a height of 5 feet 5 inches and weighs approximately 56 kg. She has black hair and dark brown eyes. Her bust-waist-hip measurements are unknown as she hasn’t made them public.

You may also like to read the Bio, Career, Body Measurements, Net Worth, Social Media, Relationships, and more about Krystal Ball, Lupe Marinez, Laurene Powell Jobs, and more.