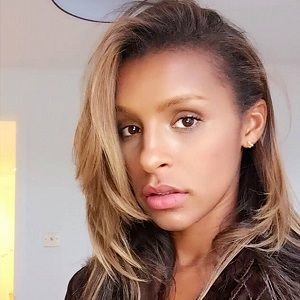 Melody Thornton is an unmarried woman. However, she has dated a couple of hunks in her life. In 2008, she was dating Shad Moss and they continued their relationship for years and broke up.

After a couple of years, she was linked up with rapper Kanye West as they started dating in 2010. Additionally, there was also a rumor regarding her relationship with Eddie Murphy.

Apart from that, she has not been involved in any affairs. Currently, Melody is enjoying her single life and living elegantly.

Who is Melody Thornton?

Melody Thorton is a singer, TV star as well as dancer. She came into the spotlight as a member of the highly successful band The Pussycat Dolls.

Later, she began her solo career and launched her first mixtape P.O.Y.B.L and several popular singles such as Smoking Gun, Bulletproof, and Sweet Vendetta.

Talking about her nationality, she is American and her ethnicity is mixed (African, American, and Mexican). She is the daughter of Elia Thornton and Theolph Thornton. Furthermore, she has a sister Nichole Thornton.

As a child, she developed her interest in music and also began to learn music from an early age. Moreover, she also sang Mariah Carey’s remake of Badfinger’s “Without You” at a Papago Elementary School talent show. Moving towards her education, she attended Camelback High School.

Melody Thornton began her music career from an early age. Later in 2003, she joined the famous band The Pussycat Dolls. She gave the audition for the Pussycat Dolls on MTV.

As she was the youngest girl of the group, her nickname was “Baby Doll”. She rose to fame as their album PCD debuted at number five on the U.S. Billboard 200 Chart. Moreover, their singles, Don’t Cha, Buttons, and Stickwitu also got huge recognition.

In their second album Doll Domination, she also gave vocal along with Nicole Scherzinger. Some of the singles from the album such as When I Grow Up, I Hate This Part, and Jai Ho! were also a huge hit.

Additionally, her first Pussycat Doll solo song was Space. Back in 2010, she left the band and began her solo career.

On March 15, 2012, Melody launched her first mixtape “P.O.Y.B.L” which includes several popular singles such as Smoking Gun, Bulletproof, and Sweet Vendetta. Besides this, she has also starred in several music videos such as “Ease Off the Liquor” by Timbaland, “Mittlefinger” by Rich Midz, and a few more.

In addition, this veteran singer also appeared in a couple of TV shows such as Keeping Up with the Kardashians, Bank of Hollywood, Popstar to Operastar, Celebrity Island with Bear Grylls, and few others.

Being a famous singer, she pockets a handsome amount of money from her profession. Currently, she has a net worth of $3 million.

So far, Melody has not won any awards in her career. Although, she has been nominated for Grammy Awards in the category of Best Pop Performance by a Duo or Group with Vocals for Stickwitu.

Melody Thornton has a height of 5 ft 3 inches and her weight is unknown. Moreover, she has a pair of attractive hazel eyes and brown hair.